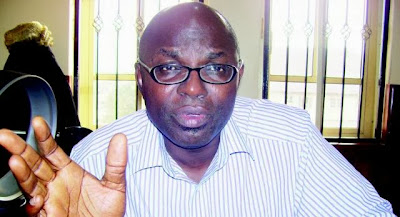 The decision of President Jonathan to set up a committee to work out modalities for a National Conference shows that he is not quite what is critic suppose he is. The President certainly is not the political novice that some professional politicians, in his party and the opposition, portray. The President may not have shown that he understands how to solve our multidimensional crises, but he sure understands a thing or two about power, self-preserving power that is.
Subscribe to our newsletter
The fact that the President who had openly resisted the demand for a National Conference, sovereign or otherwise, should be ready for it now when agitation for it has really died down except for one or two organisations still clamouring for it shows clearly that this is a strategic move and, in my view, it is the best masterstroke from the President and his advisers. They deserve to congratulate themselves for outwitting the opposition this time around.
Why do I think that this is a masterstroke? First, there seems to be no activity among the ruling elite in general and in the ruling party in particular. Given the crisis of ideas that typifies the ruling class no serious activity is or can be in the horizon. So, why not generate one. The idea of convening or planning towards convening the National Conference is therefore handy.
Second, the way and manner the President is going about the Conference would help him deepen and broaden the antagonism and in-fighting among the Yoruba establishment. The choice of Chief Okurounmu could not have been more strategic in that regard. Making him the chair of the committee will surely garner some support for the President among conservative Yoruba leaders. But whether that would translate into electoral gains for the President is yet to be seen and would depend on how the conference is eventually managed and controlled.

Third, the proposed conference also has the potential of intimidating some conservative northern elements and whipping them into line. The intimidation here is to dangle the conference as a possible sword of Damocles that may cut the string tying Nigeria together. Of course, no one is certain that the President and his advisers do not have the ultimate balkanization of Nigeria as one of their main jokers. Some of the utterances of his supporters from the Niger Delta show that many of them do not really care if Nigeria shatters to pieces tomorrow.
Fourthly, who knows a third term or elongation of the current term may just happen somehow as a consequence of the confusion that is bound to happen at the conference.
Fifthly, some people may just vote for the President for him for ‘listening’ to the demands for the National Conference.  The conference is therefore intended to shore up his democratic credentials.
While one cannot rubbish any attempt to dialogue or discuss our crises, it is clear that the conference like other attempts before this one is likely to end as a mere talk shop for the masses of Nigeria, but as a major negotiating platform for the ethnic jingoists who are positioning themselves to continue to grab ever-increasing proportions of the national cake. The ethnic champions will hide under true federalism, resource control et cetera. Their real ignoble aim is to continue to be relevant so they can loot without end. Nigerians should not be deceived at all. Any conference that is not produced as a result of the struggles of the people for equity and social justice but that is gifted to them by a calculating oligarchy is not going to produce the fundamental restricting in terms of redistributing the wealth of Nigeria in such a way that the people are in control of politics and economy. That is the conference that we need, not the talk shop of ethnic warlords.
Nevertheless, in spite of the fact that the National Conference being proposed is self-serving and selfish, Nigerians should use it as an opportunity to define an agenda of change and to show that the ruling class is incapable of solving the crises it has foisted on our people. History teaches that people who set up conferences of this nature may not be able to tell how it ends. This is why we genuine patriots cannot afford to ignore the conference.
Aturu is a Lagos based lawyer