It Is Untrue, President Jonathan Never Requested For A Breakfast With Me Says IBB 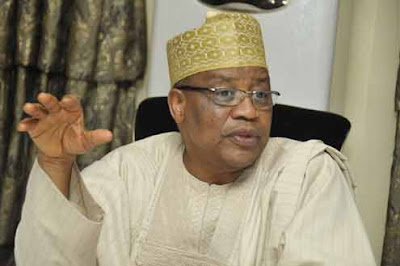 Former Military Head of State, General Ibrahim Babangida, GCFR, ( Rtd)  has debunked the claim by an Abuja based Daily Newspaper, that President Jonathan offered to break Ramadan Fast with him, an offer which he turned down.
According to a statement released by the former military ruler’s media office, described the report as not true as he also added that the newspaper was not fair to him and President Jonathan, as he added that the paper made-up the story as there was rancor between them.
Subscribe to our newsletter
The statement read thus; “The attention of General Ibrahim Babangida, GCFR, former President of the Federal Republic of Nigeria, has been drawn to a newspaper publication stating that the former President turned down a breakfast invitation from His Excellency, Dr. Goodluck Ebele Jonathan, GCFR, President and Commander-In-Chief of the Armed Forces of the Federal Republic of Nigeria. To state the obvious, the said report is UTTERLY FALSE.”

Moreso, the statement said; “Former President Ibrahim Babangida in his usual humility respects the person and office of the President of the Country, Dr. Goodluck Ebele Jonathan, GCFR. There was no time that the President requested for a breakfast meeting with General IBB, let alone turned down by the former President. In fact, former President IBB had visited President Goodluck Jonathan more than twice since his assumption of office, meetings which afforded the two leaders the opportunity to brainstorm on the challenges confronting the Country.”
“It is therefore very unfair to the persons of former President General Ibrahim Babangida and President Goodluck Jonathan to be portrayed as if there was bad blood between them. Having served this Country before and knowing the enormity of the challenges of governance, General Ibrahim Babangida will be more than willing to have unconditional breakfast meeting or any other meeting for that matter with the President and Commander-In-Chief of the Armed Forces of Nigeria. While General IBB will be looking forward to any of such invitation now and in the near future, it is important and appropriate on the part of the media to always cross-check their facts correctly before going around town with sensational headlines at the detriment of bona fide citizens of Nigeria, especially that of the President,” the statement said.
According to the statement; “As a trained officer of the Nigeria military, the former President is equipped with discipline and patriotism to constituted authorities at different levels of government. Given this orientation therefore, General IBB will honour an invitation from his Ward Counselor without equivocation, let alone an invitation from the number one citizen of Nigeria. If there was any reason to refuse any invitation, General IBB will, in his humble manner, formally inform his host or guest the reason why. The publication under reference therefore is utterly out of place and a concocted one aimed at putting the two elder statesmen in bad light.”