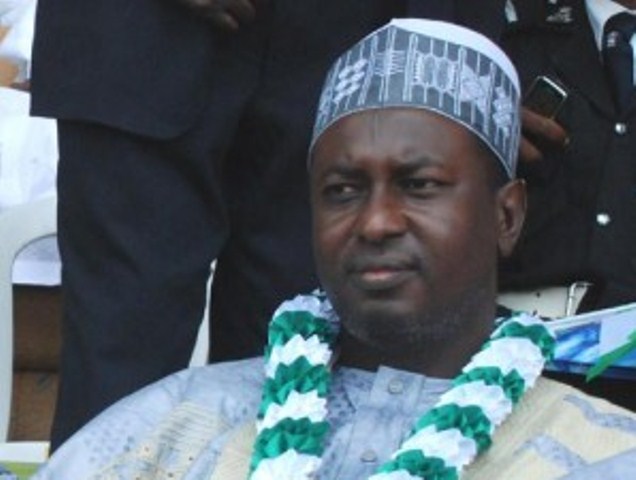 We wish to state the following:
We are bona fide citizens of this country with the full rights that any other citizen of Nigeria possesses, no matter his inclination, tribe or religion.
We are bona fide indigenes of Kaduna State with equal rights as any other bona fide indigene of the State.
Under the constitution of the Federal Republic of Nigeria, we must by right, enjoy our full fundamental human rights to life, free speech, association, movement etc as enshrined in the protocols of International Law on Human Rights to which Nigeria is a signatory.
The State Government statutorily must protect every life and property within its boundaries as required under the constitution.
We want to appeal to the President, Commander-In-Chief of the Armed Forces Federal Republic of Nigeria, Dr. Goodluck Ebele Azikiwe Jonathan to come to our aid. Mr President, we are being killed because of you – because we voted you in 2011, the Hausa/Fulani have vowed never to forgive us for giving you the desired and well-earned victory. We are also Nigerians, will you allow us to be wiped out for no reason?
While we cannot deny anyone the right to belong to whatever tribe, we believe that the Governor of Kaduna State and his office must first and foremost be for the totality of every indigene of Kaduna State and indeed anyone living within the boundaries of the State. Alhaji Ramalan Yero has chosen to display his open bias against any group of people that are not Fulani and his quest to annihilate them is a passion that has consumed him.
The question on our lips today is, will any Atyap, Bajju, Attakar, Sholio, Oegworok, Gwom, Ham etc. person ever feel safe in the present administration in Kaduna State? We have lost our confidence in the ability of the governor of Kaduna State to protect and secure our lives, either in our villages or in the cities of Kaduna State. ALL the issues ever raised to bring the gory killings in our communities to the attention of the governor so that he can take steps to secure these communities have always been met with open threats to the people raising the issues. The governor should be the father of the State, but this father is devouring a particular section of his children and encouraging others to take over their inheritance!
Since the State government has abdicated its responsibility to protect our lives and the Governor of Kaduna State, Alhaji Mukhtar Ramalan Yero has publicly chosen to champion the fight to completely wipe out all people of Southern Kaduna, we may be left with no choice but to defend ourselves and protect our own lives. The right to self-defence is an international human right clause which is also clearly captured in the Constitution of the Federal Republic of Nigeria 1999, unless this right will be denied us also!
Finally, it is quite disgusting and unbelievable but true that the genocide that took place in three communities of Manchok on the night of 14th March, 2014 ( 12 days on ) neither Alhaji Ramalan Yero nor his Deputy Amb Nuhu Audu Bajoga ( a bona fide son of Southern Kaduna and under whose plank he became the Deputy Governor have not found it expedient nor officially, morally and religiously expedient to visit these commuties to condole with the families of the bereaved while assuring the displaced persons that government cares about them and would do everything possible to protect and resettle them. Sooner or later these same people who cite security reports as impediment to their not going to condole as their safety is not guaranteed, will shamelessly go begging and canvassing for the votes of these same threats to their lives ( as they would like the world to believe ) in order to continue their poor run of governance as governor and Deputy Governor. Have the people of the Deputy Governor’s immediate constituency suddenly become a threat to his own life? Only time and conscience will answer this question.
We therefore call on all peoples of Southern Kaduna to rise to defend their lives and those of their loved ones because the current governor of Kaduna State will not lift up a finger to help you. You have become pawns in his chess game, to play at his will. Your destiny is your hands!
MAJ GEORGE NCHOK ASAKE ( RTD ) DR CLEMENT WOJE
Chairman Secretary

Lamido Has Aborted My Dreams For Jigawa — Turaki