Lamido Has Aborted My Dreams For Jigawa — Turaki 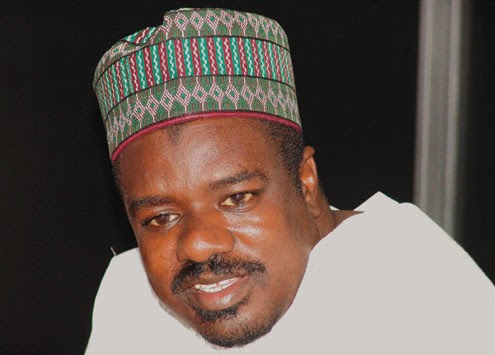 Senator Ibrahim Turaki, was governor of Jigawa State between 1999-2007, after  which he moved on to the Senate. His governorship was shadowed by a number of controversies, including mutterings over his several travels and scientific whims. His exit brought a change in the pattern of governance in the state. Turaki who had largely been out of circulation was recently in the state for a meeting with political associates, following which in an interview with newsmen, he said the changes brought about by his successor aborted his great dreams for the state. Excerpts:
Subscribe to our newsletter
There are speculations that President Goodluck Jonathan is luring you back to the PDP. Is it true?

I was the leader of PDP in Jigawa State and PDP never won election in the state until I became leader of the party. Thinking that I will be brought back to PDP does not arise.
But you disappeared for some time?
I am coming back to Jigawa, not to fight Governor Sule Lamido. Almost all the people in the government are my people.
Grudges against Lamido
They always consult me, almost 85% of the people in his government are my people and we keep in touch with them at all the time. I have no grudges against Lamido.
Do you think that the mass defection from one party to another portends good omen for democracy?
What Babangida did – NRC, SDP – was a good. When you have two strong parties struggling, people would become serious. The executive would take the legislative body seriously. The biggest problem in some states is that the executive arm almost always takes control of the legislative body and, by extension, the judiciary.
It is most unfortunate that a governor would just summon the Chief Judge of the State to his office and ask him to issue an arrest warrant for an opposition leader. In that regard, the judiciary has been compromised and it has happened in many states. The principle of the separation of power has been defeated and the course of democracy subverted.
So, when you have two parties in all the states, you are going to have real democracy. It took the United States 200 years to reach where it is today and no country has accomplished such a feat overnight. We are really learning as far as democracy in this country is concerned.

With 2015 around the corner, what are your intentions?
The whole intention of this new movement is to see who is in support of our ideology or who will betray us. But time is coming when we will tell the world where we belong but as at now, we are in Saminiyya Hallaci.
Under which political party?
Saminiyya
But Saminiyya wasn’t registered as a political party?
Yes, but now we are in Saminiyya Hallaci
The Federal Government has been alleged to be anti-North. Do you agree?
The people that destroyed the North are northerners. This is a truth that must be told. The biggest problem we have in the North is that we don’t like ourselves. The northerners are the ones to ask themselves what was really amiss.
How do you assess the performance of your successor being a child you claimed to have politically born?
As a matter of fact, it is most unfortunate that Jigawa State is witnessing a complete reversal of the monumental feats my administration put in place. The present governor, despite his socialist ideological stance, had upon assumption of office disposed off some of the public institutions I had put in place.
Take, for example, the high profile sugar company and the gum-Arabic company – they were just privatized with no justifiable premise by the man claiming to be a disciple of the late Malam Aminu Kano. The gum-Arabic company was a high profile project which we remarkably put in place to provide job opportunities to our teeming youths. Our problem stemmed from absolute lack of standardization from the scratch. Secondly, the high profile sugar company we had built in Hadejia at a whopping sum of N9 billion was sold at a paltry sum of N1 billion, and it was wrong. The company was expected to meet the pressing demand of almost all the African countries, considering its big scope.
Nigeria is the only country in the world where when a new government is formed,  it sets up a judicial commission of inquiry to probe what the previous government did. That is why we have the problem of power. My own assessment of the present administration in the state is for us to wait for 2015 to come so that when the new administration comes on board, we will see what it will do.
Source: Vanguard