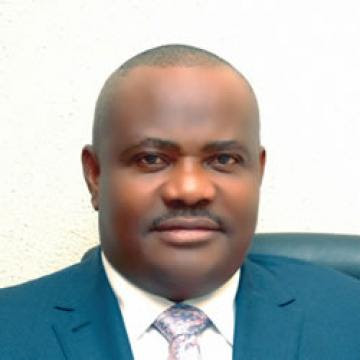 The “New” Peoples Democratic Party says it read with dismay the statement credited to the Minister of State for Education, Chief Nyesom Wike that Governor Chibuike Rotimi Amaechi and the breakaway Peoples Democratic Party led by Alhaji Baraje were behind the prolonged strike by the Academic Staff Union of Universities (ASUU).
The faction’s National Publicity Secretary, Mr Eze Chukwuemeka Eze, expressed its dismay in a statement saying, “We would have ordinarily ignored Wike’s outburst as the ranting of a confused and clueless minister but have decided to reply so as to set the record straight. We challenge Wike to produce evidence to back up his allegation or bury his head in shame forever”.
Subscribe to our newsletter
The “nPDP” questioned  if Gov. Amaechi or any other of their member that negotiated on behalf of the Federal Government in 2009 when it reached the agreement with ASUU, which it has inexplicably refused to honour, thus laying the foundation for the lingering strike that has mortgaged the future of innocent Nigerian youths? And did any member of New PDP negotiate on the part of ASUU during the recently deadlocked talks with the FG over the strike?
The faction noted that it was unfortunate for Wike to trivialise the issue and to ridicule himself, instead of committing himself towards finding a solution to the crippling strike. “Unfortunately, it is the actions and utterances of court jesters like Wike that have made perceptive Nigerians to describe the Goodluck Jonathan administration as a kindergarten government”, the faction said.
Mr Eze said, “For Wike to have made this statement against a group that ordered her members to fast and pray for this unfortunate strike for over a week and even set up a Committee under the Chairmanship of His Excellency, Gov Babangida Aliyu to proffer solutions on how to come out of the quagmire occasioned by Wike’s inability simply demonstrates the lack of wisdom on his side”.
Part of the statement reads:

“We are at a loss as to how a supposedly serious government should continue to retain such an incompetent and unserious mind as a Minister of the very strategic Ministry of Education in a country teeming with accomplished educationists and administrators if not for undemocratic motor-park democracy he specializes on.
“In any case, we are not overly surprised by Wike’s tirade because a man who could engineer the stoning of visiting State Governors from other parts of the country without caring a hoot about the consequences is capable of saying or doing anything, no matter how outrageous.
“Let us reiterate that should he ever make another derogatory statement about the Baraje led PDP, we will teach him some lessons on how to talk as a Minister of the Federal Republic of Nigeria and he should note that New PDP is not Rivers State where he has because of his greed mess up governance!
“The fact remains that to say that Wike is a disaster as a Minister is to state the obvious. We advise him to minimize the damage which he is doing to the Jonathan administration by concentrating on his work instead of busying himself making enemies for the President whom he pretends to be loyally serving but whose downfall he is secretly plotting in keeping with his traitorous nature.
“Instead of President Jonathan addressing enemies within his cabinet he is busy persecuting and embarrassing his true friends and political associates that matters in his political calculations!
“A word is enough for the wise”.