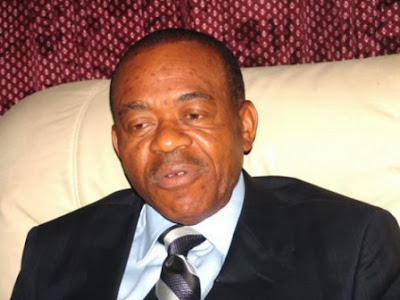 ABIA State House of Assembly in Eastern Nigeria, in a seeming shameless move, ate their pride on the issue of the four nominees to the vacant post of commissioners, they earlier rejected.
AkanimoReports had earlier reported that the screening exercise was characterized by political intrigues. The hitherto rejected four public functionaries were part of the 20 nominees sent to the House by Governor Theodore Orji, for clearance as commissioners.
Subscribe to our newsletter
The whole seeming absurd drama came to an end on Monday, as the embattled governor became the winner.
The power play over the clearance of Chikamnayo, Solomon Adaelu, Sampson Orji and Umeh Kalu, according to some worried insiders, was aimed at getting the governor who is bracing for a senatorial seat in 2015.
Before serving as commissioners, the four had been screened by the same set of lawmakers. When the nominees first appeared for screening on September 17, 18, and 25 respectively, their representatives failed to introduce them, citing lack of mandate from their constituents to presenting them for screening as commissioners.
To make good their rejection, they took adjournment from September 25 to October 7, and thereafter communicated to the governor to swear-in the already cleared nominees. Sources say Governor Orji, knew why the legislators were muscle-flexing in spite of their initial boast that the case of the four was over.
In a letter dated September 30, to the Speaker of the House, Ude Oko Chukwu, the governor jolted the legislative arm by re-nominating the four rejected past commissioners, and added the name of James Okpara, a lawyer.

When they reconvened on Monday in Umuahia, the state capital, the usually legislative showmanship that characterized the screening was missing as the four past commissioners were all asked to take a bow by Speaker Chukwu.
AkanimoReports gathered that Orji directed the speaker to clear the four nominees ahead of the swearing-in of the commissioners that was billed for October 8, failing which, he should brace for his status in the state to be history. The Speaker is the number three citizen in the state.
Some members of the public who were in the gallery to watch proceedings said they were surprised to note that none of the lawmakers could raise a single question while the four nominees were asked to take a bow.
”I could hardly believe that this was the same set of Abia lawmakers that took a sweep at the four past commissioner nominees two weeks ago.
”For the lawmakers to have swallowed their peels after much noise by some of them that nothing would make the four past commissioners to be confirmed left some much mark about the clout of these assemblymen’’, Mr Livinus Ogbonnaya,  said.
Another who gave his name as Ikechukwu said the lawmakers would have dared the governor by refusing to clear the four past commissioners, noting that the consequence would have been too big for the speaker and the floor functionaries.
”We pray that the speaker survive this whole game because the governor felt highly infuriated at the level, the assembly went in exposing the credentials of the four nominees. Some of these nominees are in the good book of the governor and with obvious political challenges, Governor Orji is having with former Governor Orji Uzor Kalu, exposing his weak ends is not a matter he might sweep under the carpet easily’’, Ikechukwu, said.