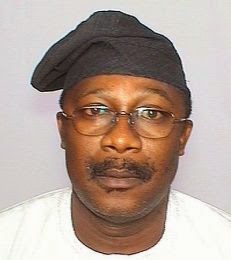 It is no longer news that Senator Smart Adeyemi is desperately seeking a 3rd term at the senate come 2015 and in his typical political manner; he is doing everything possible to out-smart stakeholders in his Kogi West senatorial district.
When I read articles by his disillusioned foot soldiers, I cannot but recollect how humble Smart Adeyemi was when he was seeking his first shot at the senate in 2007. He was a rookie, a relatively known politician who relied heavily on Prince Olusola Akanmode’s vibrant and effective political structure.
Subscribe to our newsletter
We hear a lot of surreal promises from his trumpeters who are busy insulting the entire Kogi West populace that no individual compare to the hero, Smart Adeyemi. I wish to puncture some of their campaign verses.
Smart Adeyemi’s 3rd Term Will Offer Kogi West Senate Presidency
This is a ‘mumucious’ lie. The same Smart Adeyemi is banking on David Mark’s support to secure his unholy 3rd term and we all know that David Mark will return to Senate come 2015 and Smart will support him to be senate president again. It is so disgusting when you hear his foot soldiers boast that Smart will become senate president come 2015. These gullible political followers believed his lies and follow him sheepishly.
Only the politically uneducated minds will believe the lie that Smart Adeyemi’s 3rd term is aimed at Senate Presidency, it is solely for personal economic reasons and nothing more. If President Goodluck Jonathan win his re-election bid come 2015, David Mark is more likely to be returned as senate president. If northerners succeed in their bid to produce the next president, the senate presidency will be totally out of reach for north central senators.
People of Kogi West cannot be deceived by Smart Adeyemi again! None of the Current Aspirants Can Match Smart Adeyemi
This is the height of arrogance! They are indirectly telling us that Smart Adeyemi has amassed so much money in the senate and is now richer than all the politicians from Kogi West.
Who was Smart Adeyemi in 2007 when he contested and won? I recollect how this same almighty Smart will run on his legs after Prince Akanmode’s moving jeep when he was desperately seeking his political blessing. Smart contested highly revered Kogi West politicians like Late Arc Stephen Olorunfemi (Steve Ben), Sir James Oloruntoba (Oscar Steel), Arc Abayomi Awoniyi, Chief Joseph Faniyi and a host of others.
Three principal political leaders of the zone namely, Prince Olusola Akanmode, Senator Tunde Ogbeha and Chief Jide Omokore deployed their political structures to promote the relatively known Smart Adeyemi such that the all powerful ‘Ibro Family’ in the Kogi West PDP had no choice but to pick Smart as the senate candidate of the party. Prince Akanmode decamped to the then Action Congress (AC) before the 2007 elections but ensured there was no opposition to Smart’s eventual emergence. His AC party fielded one Chief Odutola from Iyamoye as a dummy candidate against Smart.

T.J Faniyi and Yomi Awoniyi’s PDP Primaries Contest Nullifies Rotation Principle
As I mentioned earlier, Smart Adeyemi contested against more experience and more respected politicians in his first shot at senate in 2007. Among them was the late Arc Stephen Olorunfemi (Steven Ben), Tolorunju Joseph Faniyi and Arc Abayomi Awoniyi. The 2007 PDP primaries saw Smart emerging first and T.J Faniyi second in a close call. There was a re-run primaries between Smart Adeyemi and T.J Faniyi, Smart won.
The scenario was not accidental. It was the clear picture of the senate rotation principle in action. Kogi West is made up three Federal Constituencies and seven Local Government Areas:
Lokoja/Kogi Federal Constituency (Lokoja and Kogi Koton-Karfe LGAs)
Kabba-Bunu/Ijumu Federal Constituency (Kabba-Bunu and Ijumu LGAs)
Yagba Federal Constituency (Yagba West, Yagba East and Mopa-Amuro LGAs)
As at the 2007 primaries that produced Smart Adeyemi, only two LGAs have not produced a Senator in the entire Kogi West senatorial district. These are Ijumu and Yagba East LGAs. The two front runners, Smart Adeyemi and T.J Faniyi are from Ijumu and Yagba East respectively. So, the contest was simply to determine which of these two LGAs will fill the vacant position first. The leaders in their wisdom reasoned that it should be Ijumu and hence Smart’s victory. The support from Akanmode was not a sentimental support for an Ijumu brother but based on superior reasoning. The last Okun man to occupy the position was late Chief Sunday Bolorunduro Awoniyi, a Yagba man, so it was easy to shove T.J Faniyi aside and support Smart Adeyemi. Interestingly, the fair minded Yagba people agreed with this line of reason and supported Smart Adeyemi against their son, T.J. Faniyi.
Now that Smart has served two uninterrupted terms at the senate, the only sane thing to do is to honour that fair yagba people by stepping down and support a Yagba East person to emerge as next senator representing Kogi West senatorial district come 2015.
Smart will retain his popularity and respect if he tows the path of honour and step down for a Yagba East politician. His current move to return to senate on a record 3rd term will spell doom for him politically. A word is enough for the wise.
Titi Balogun Writes from Lokoja.

Gov Orji Will Deliver Abia to PDP in 2015, Says Aide