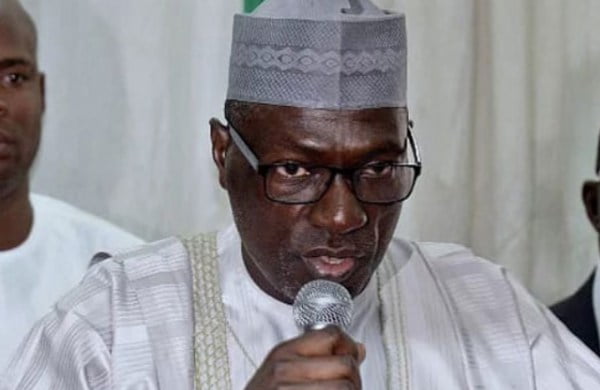 The People Democratic Party ,(PDP) Presidential Aspirant for the 2019 general election Ahmed Makarfi has urged the All Progressive Congress, under the present government to stop using sticks and carrots approach to security challenges in Nigeria.

He decried that the major challenges of Boko Haram, Kidnapping and herders killings rampaging Nigeria is because the present leadership openly support to a particular session of the society.

Makarfi said his visit to Plateau state is canvass for Plateau delegates’ votes at party’s coming primary and also put the country on the path of progress if given the mandate. I have used my position to resuscitate back PDP in the hand of Ali Modu Sheriff’s enclave of destruction.

He condemned the polarization of the country politics by few selfish politicians who capitalizes on the two major religious to divide the country along their ethnic affiliation.

According to him, a vote for him will guarantee freedom of association, freedom of worship and the problems of insurgency, kidnapping would be adequately tackled.

Makarfi explained further that the relationship that existed between Kaduna and Plateau state was based on the area of human capital development and exchange of physical development to link the two states way back in the 60s by calling on delegates to vote him during the forthcoming convention which will go further in cementing the tide.

He stressed that the country insecurity has continue to worry him to vie for the president of Nigeria to bring change of leadership that is ready to accommodate all the ethnic tribes in Nigeria.

Makarfi added PDP remain the only party that have the common Masses at heart and with the suffering people are experiencing this will soon be a thing of the past if Nigerian electorates overwhelmingly cast their votes to the right candidate.

He explained that this is about movement because PDP supported me to resuscitate back PDP so I am ready to bring back the lost glory of the country if given the mandate I shall deliver on my promises.

The state Chairman, Hon Damishi Sango reiterated the readiness to support the aspiration of Sen Ahmed Makarfi for him to clinch seat of PDP flagbearer for him to accomplish his dream of becoming the president.

He promised to be resolute and committed to the pursuit of Makarfi who have brought live back to PDP when the party was passing through trial moment.

Nigeria And The Generational Challenge Of State Building

Fresh Crisis In APC As Lawan, Buni Bicker Over 2023 Presidency