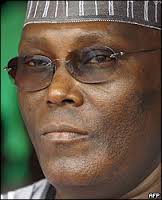 Boko Haram continues to leave a trail of blood and tears in its wake. In the early hours of Tuesday February 25, barely six months after a similar attack, a band of murderers invaded the Federal Government College in Buni Yadi, Yobe State, wielding explosives and guns and machetes, slaughtering more than 40 boys in cold blood.
As a father and grandfather I am deeply saddened, not just by the latest murders, but by every single life that has been lost to the activities of these murderers. Every life lost is one life too many.
As a country we are not doing enough of focusing on and implementing solutions.  We are all guilty of expending endless energy on handwringing and the trading of blame, none of which is able to save lives or change the status quo.
Subscribe to our newsletter
In light of this, I’ve got some suggestions, focusing on solutions.
First is regarding the use of local militias.
When the President, in his most recent media chat, spoke about the government’s successes at pushing Boko Haram to the “fringes” of the North East, it immediately occurred to me that some of the credit for that should go to the ‘civilian JTF’ – the band of youth in and around Maiduguri who have taken it upon themselves to act as a vigilante force to fight Boko Haram.
I acknowledge that talk of a government-backed civilian militia is a controversial matter, but I do not think that should stop us from debating and seriously considering the matter, including it in our list of possible measures. Especially as we’ve seen it work in flushing the militants out of Maiduguri.
My suggestion is for the military to more actively engage with the civilian JTF, and train and support them to be its eyes and ears in the battle against Boko Haram. No doubt the military is operating in very unfamiliar terrain, and needs all the local support it can get. There’s a lot that both parties – the military and the civilian JTF – can gain from collaborating.

My second suggestion has to do with something I’m quite familiar with.
In January 2012, the American University of Nigeria (AUN), which I founded many years ago, established a Community Peace Council in Adamawa State. Spearheaded by the AUN Council Chair, Ahmed Joda, and the University President, Margee Ensign, the initiative assembles a wide range of stakeholders, from government (law enforcement agencies, including the Police and SSS), civil society, religious organisations, and market associations, to collaborate on activities aimed at maintaining an atmosphere of law and order in Adamawa State.
Like the ‘civilian JTF’ the Community Peace Council speaks to one fundamental truth: the Boko Haram crisis will not be solved without active local involvement and support.
Abuja has a critical role to play, no doubt, in providing and controlling the military and ensuring that it is capable of fighting and winning, and also in supporting state governments to tackle the underlying issues of poverty and underdevelopment, but the role of local stakeholders can never be overemphasized.
We need to throw everything we’ve got, local and national, military and non-military, at this crisis.
And we must also realise that no one has a monopoly of wisdom; we need all the solutions we can lay our hands on.