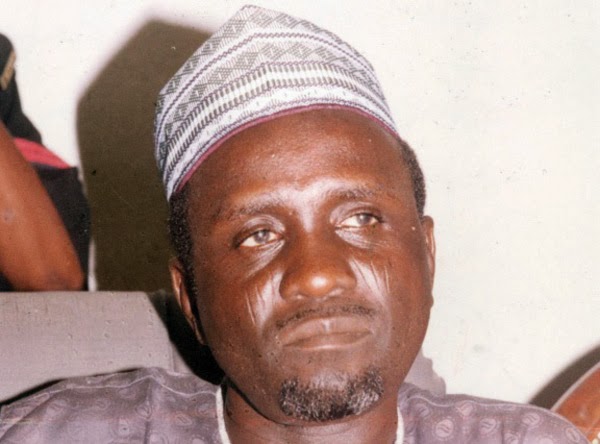 This is the third time I am writing on the problem ex-governors Ibrahim Shekarau and Attahiru Bafarawa had with the All Progressives Congress (APC) which led to their defection to the Peoples Democratic Party (PDP). This time it was prompted by the comments of two gentlemen; one my senior colleague and icon of journalism, Malam Mohammed Haruna, and the other an ungrateful two-term commissioner in Shekarau’s government, Alhaji Ibrahim Garba (aka IG).
Subscribe to our newsletter
May be it is imperative at this juncture for me to explain my concern in the matter. Firstly, I was so obsessed with the issue of the merger of opposition parties for the emergence of a powerful party that could effectively challenge the PDP that I wrote about ten times on the issue since 2011 (you can imagine my disappointment when the APC, out of desperation, began to take the shape of the PDP). Secondly, as a former Special Adviser to Shekarau, from 2007-2011, I am sympathetic and capable of rationalizing and viewing the issue from their perspective.
Actually, those who condemned the two ex-governors’ action outright acted on impulse and were therefore unfair to them. It is not a sign maturity for a person to base his actions purely on sentiment, especially when the sentiment has its basis in politics or some other form of cultural considerations. It is always advisable that one analyses issues dispassionately before passing judgment on them.
Mohammed, in a piece titled “For APC, the clock is ticking” (Daily Trust, 19/02/2014), said he could not understand why after accusing APC of being no better than PDP Shekarau and Bafarawa decided to join the latter. This, he said, was strange as PDP “is obviously too set in its undemocratic ways to transform itself and offer the genuine article.” He conceded however that the ex-governors “were justified to have felt exasperated with the way the top party hierarchy at the centre simply asked them to subordinate themselves to the governors of their states.”
It is not surprising that many people, including APC leaders and ace political analysts like Mohammed, cannot fully understand why the ex-governors had to leave APC and join PDP, of all other parties. In the first place, which are the other eligible parties? APGA? DPP? With the three major opposition parties already dissolved for APC to evolve, these two are the only ‘formidable’ opposition parties still standing, even though both of them on one leg. This is because factions of the two had joined the merger craze, and Gen. Jerry Useni, one of the leaders of DPP, was so disillusioned that he recently announced that they were talking with PDP with a view to merging with it.
APGA was certainly out of the question because of its inherent crises. And it was too late in the day to start thinking of registering a new party. Besides, the remaining 50 or so odd parties were just not it as they are as worthless as their empty ‘briefcases,’ which they are now identified with. This, in effect, means that the two ex-governors were at the crossroads. In other words, they were left with two difficult choices to make much like the choice between two evils; if “evil” is how some people now prefer to view the PDP.
To remain in APC meant ultimate annihilation and termination of their political careers, and to cross over to PDP meant complete ideological summersault. Without recounting the intensity of the suspicion and distrust between the former governors and their successors, which is common knowledge, and in view of the cut-throat manner in which politics is played in Nigeria, no one will disagree that given the chance the incumbent governors would not hesitate to eliminate their arch rivals from the political arena, albeit systematically.
In the light of this scenario therefore, I am not saying that the APC is an evil, but as far as Shekarau and Bafarawa are concerned they chose the PDP because it is the lesser of two evils. Their only worry now is the perceptions many people have that they have sold out, having swum against the great tide that is the APC tsunami. But at least they have been able to save their political careers and sustained the opportunity to continue serving their people no matter the ugliness of the platform.

So my dear Ndajika, the issue is beyond Shekarau and Bafarawa running away from subordinating themselves to their governors but saving themselves from political annihilation. It is an issue of survival. It is not that they were impatient with the APC plan, as some APC leaders also complained, but that the said plan aimed at obliterating them from the scheme of things and making them politically irrelevant. It would have been suicidal for them to have waited until that happened.
Ibrahim “IG”, on the other hand, said he and others of his ilk have not followed their erstwhile boss to the PDP because he had told them that it was a party of the devils. Before I say anything on that let me acknowledge that IG, along with Garba Yusuf Abubakar and Sani Lawan Kofarmata, were seemingly Shekarau’s most loyal lieutenants during the eight years that he was governor. They were among those closest to him. At that time, they were always ready to stand up for their benefactor and ‘fight’ viciously against any political foe, as they did on several occasions against the incumbent governor Rabiu Musa Kwankwaso.
In the process, they ingratiated themselves to Shekarau and made sure they had their way in whatever they set themselves to acquire or achieve. Thus, there is no talking about the enormous wealth that they garnered during the time. However, because they were thoroughly disappointed that they were not the ones anointed for the coveted governorship or deputy governorship seats during the 2011 elections, the trio joined the ‘fifth columnists’ who sabotaged Shekarau and his party during the elections.
In fact, some of them were reported to have secretly contributed handsomely to Kwankwaso’s campaign funds. This they did out of malice for Shekarau for allegedly thwarting their political ambitions. But it was also believed by many ANPP supporters that the ingrate did it so that Kwankwaso, if he won the election, would not probe their past and expose them to public odium.
Now back to IG’s implied notion, that it is morally wrong to have poured your venom on a party and cast its leaders as devils, only to turn around later and join that party. This, he said, was why he and the others decided not follow Shekarau to the PDP. This also brings us back to the issue of how politics is played, almost anywhere in the world. Firstly, people say in politics there is no permanent enemy but permanent interest.
Let me illustrate this with a few questions to IG: Can he recall what Nuhu Ribadu, as chairman of EFCC, said about Bola Ahmed Tinubu and other ex-governors that he now associates with in APC? Can he recall what Nasiru el-Rufai, as minister of FCT, said about ex-vice president Atiku Abubakar during his crisis with then President Olusegun Obasanjo? Or what he, Garba Yusuf and Sani Lawan said about Kwankwaso during Shekarau’s tenures? Are Tinubu, Ribadu, Atiku and el-Rufai not now hand in glove in APC? Or is he, Garba and Sani not now kowtowing to Kwankwaso?
That’s the spirit, IG – no permanent enemies, just permanent interests! And if it is so between him and Kwankwaso, why can’t it be so between Shekarau, Bafarawa and PDP? That is therefore where IG erred, and now that he has seen it he should hastily retrace his steps before it is too late. IG should not wait until he is punished by the equally vicious proverbial “iron boot;” because that is when he won’t have a chance in the world to wriggle out. Shekarau and Bafarawa are perfectly alright in PDP.
Muhammad wrote in from Hotoro, Kano <[email protected]>