Popular Power For Social Transformation; The January Uprising Of 2012 In Historical Context; By Jaye Gaskia; 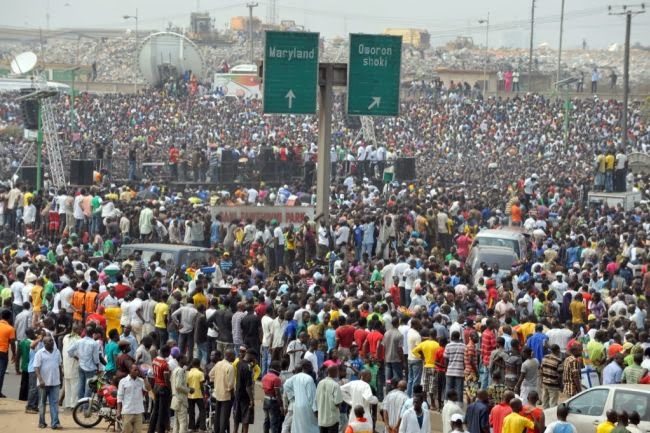 Let us conclude by looking very briefly at the historical significance of the January Uprising in this year of the centenary of the amalgamation, in this year of the national dialogue, and on the eve of the 2015 general elections.
The lessons that we need to identify, learn and internalise from our experience in the January Uprising is not only that change is possible, and radical and revolutionarily transformative change at that; but also that we ourselves are capable of being the agents of revolutionary transformation of our society.
It is important that we understand that in our organising, and in our mobilising, we have the critical mass to transform the system, and enthrone the regime and system responsive to our own needs instead of the greed of the parasitic thieving ruling elites; responsive and responsible to our own aspirations as victims of misrule and corruption, rather than to the aspirations of the victimisers, those whose actions and inactions are responsible for our victimisation.
If we act, if we organise and mobilise as we did during the January Uprising; if we internalise the lessons inherent in both our successes and failures during that Uprising; then it will be possible for us to seize the initiative, seize the momentum, in the National Dialogue processes, as well as in the preparations for the 2015 general elections, and bend the Arc of National Liberation, Social Emancipation, and the radical remaking of our nation and social transformation of societal life in our country in our favour, towards our interests and aspirations.
In so doing, perhaps we can achieve for ourselves and future generations of our people, what the 1914 amalgamation, the decades of British colonial rule and occupation, as well as the decades of indigenous Nigeria ruling class misrule, and treasury looting spree was not able to achieve for us: The Emergence of a True, Socially Just, United, Diverse Nigeria Nation, Nation state and citizenship.
This is a task that has now been shown to be historically beyond the capacity of our thieving ruling class, along with all its diverse ethnic and religious thieving fractions and factions! This is a task that stands a chance of being fulfilled only by a new generation of Nigerians, Forged and refined in the crucible of our recent popular Uprisings – The youths of the Anti- Military campaigns and the June 12 Uprising, who also came to provide the radical leadership for the January Uprising; as well as the generation that made the January Uprising in the context of a still subsisting global revolutionary ferment!
It is upto us to embrace our historical duty, to step forward once again unto the historical stage, and to take concrete steps in 2014 to Take Back Nigeria from the death grip of this gluttonous, light fingered, treasury looting ruling elite and class!
In 2014, because of the historic significance of the year, because of the historically significant nature of the processes that will be unfolding in the course of the year – the National Dialogue, and preparations for the 2015 general elections; Our Destiny is very literally In Our Own Hands!
The generation of the Anti-military struggle, of the June 12 Uprising, and of the January Uprising, must insist and take steps to ensure that it plays a central and decisive role in the National Dialogue process, and that it plays a frontline role in determining the future of this country at the National Dialogue, and on the road to 2015!
Follow me on twiiter: @jayegaskia & @[DPSR]protesttopower; Interact with me on FaceBook: Jaye Gaskia & Take Back Nigeria