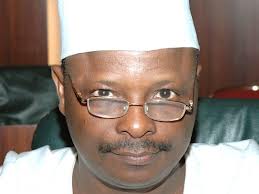 Kwankwaso however stressed that his position on current national issues is not premised on religion, ethnicity or sectionalism but stems from the desire to see that every Nigerian, irrespective of where he comes from is treated without discrimination.
Kwankwaso asserted that it is time for members of the National Assembly to come out and oppose injustice that is perpetrated by the government.
The governor noted that what is happening in the country in terms of poverty, insecurity and joblessness in the North today should not be happening in civilized societies, appealing to the Federal Government to listen to the voices of reason so as to move the country in the right direction.
Turning to the Northern Elders, Forum, Governor Kwankwaso said he and its members are like minds that are not sleeping comfortably because things are not moving well in the country. He pledged to continue to work with all people of good conscience to bring about good governance in Nigeria.
Earlier, in their separate remarks, the chairman of the forum, Alhaji Yusuf Maitama Sule, Danmasanin Kano, and his deputy, Wanteregh Paul Unongo explained that they are not satisfied with current political developments in the country, especially as they affect the North.
They said the visit to Kwankwaso was to identify with his achievements and sterling leadership qualities as well as to look at several issues that will bring about responsible governance, unity and even development of the country.

Popular Power For Social Transformation; The January Uprising Of 2012 In Historical Context; By Jaye Gaskia;

No Minority Report Was Presented To President Jonathan By Confab Committee