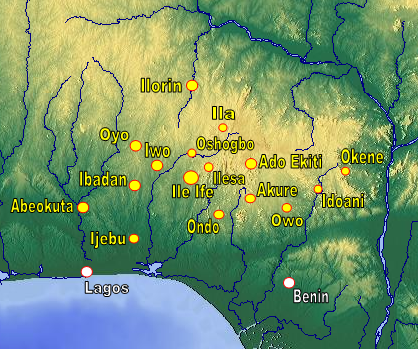 Communique Of The 2-Day “Pan-Yoruba Agenda For The 2014 National Conference” Held At Yard 158 Events Arena, Oregun, Lagos, On 20th And 21st February, 2014
Introduction
Subscribe to our newsletter
The Pan-Yoruba Agenda for the 2014 National Conference convened on February 20-21, 2014 at the Yard 158 Events Arena, Oregun, Lagos, ahead of the National Conference being packaged by the Federal Government. Running under the theme “Constructing the Roadmap for True Federalism,” the Conference was chaired by Elder Statesman and Founder of the National Advance Party (NAP), Dr. Tunji Braithwaite, who read the Key-Note Address. Opening Remarks were delivered by Dr. Frederick Fasehun, Leader of the Oodua People’s Congress (OPC), while additional addresses were rendered by Chief Remi Adiukwu-Bakare, Comrade Comfort Ogunye, Mr. Jimi Agbaje, Dr. Keziah Awosika, among others.
Observations and Remarks of the Conference
The Conference reviewed the marriage of the Yoruba Nation into the Nigerian union, now lasting 100 years, that has increasingly presented unsettling challenges that have threatened the Federation. It remarked and observed as follows:
That the Amalgamation Treaty of 1914 that has thrown our nation into the current plight is no longer a binding document, both in its political and legal context;
That the sovereignty of the Yoruba nation belongs to its people, and as such, the National Conference must work towards a practical mechanism of transfer of power to the people.
That the spirit of tolerance, cooperation, large-heartedness and accommodation of the Yoruba ethnic nationality have increasingly been abused over the years;
That given the political astuteness and high literacy level of the ethnic stock, the Yoruba should field its best brains to canvass its course at the National Conference.
That youth and women groups should be carried along as per representation and their particular interests;
That women should constitute at least 35 percent in representation in all political positions at all levels as a temporary Affirmative Action Policy to bridge the gender gap;
That earlier Yoruba Agenda meetings held variously at Isara, Ibadan, Ile-Ife, etc. are welcome, and the leaders should guarantee the harmonisation of ideas and interest accruing from these splinter assemblages.
CONFERENCE RESOLUTIONS
In view of the foregoing, the Pan-Yoruba Agenda Conference hereby resolves as below:
That the National Conference is a welcome development to enable the various ethnic groups constituting Nigeria to negotiate the terms of their relationship within the Federation
That the National Conference must produce a new Nigerian Constitutionnot subject to any amendment whatsoever of the Executive, Legislative or Judiciary arm of the current government
That the Constitution must be endorsed by the generality of Nigerians in a REFERENDUM, with the qualification for participation being adult suffrage
That there should be no NO-GO AREA at the National Conference
That the time frame of the National Conference should be increased from the proposed three months to six months or one year, to allow for thorough debating of all aspects of the Nigerian Question
That, through the various embassies, government should make provision for NIGERIANS IN THE DIASPORA to articulate and process their submissions.
As regards the specific interests of the Yoruba nation, the Conference makes the following submissions:
That there should be DEVOLUTION OF POWER from the central to the regional government;
That every region must control its resources on the principle of RESOURCE CONTROL;
That the principle of freedom of entry into or exit from the new Nigerian union (that is the Right to Self-Determination) be affirmed by the National Conference and in the new Constitution;
That there should be a return to the PARLIAMENTARY SYSTEM of government (instead of the cumbersome and expensive PRESIDENTIAL SYSTEM) as occurred in the First Republic;
That the Yoruba kindred in the North-Central region, now balkanised into Kogi and Kwara states (with their resultant socio-cultural and socio-political emasculation, marginalisation and disempowerment) should, through the mechanism of boundary adjustments, be brought back and integrated into the mainstream Yoruba nation.
Appreciation
The Conference expressed its appreciation to Yoruba self-determination and other Yoruba stakeholders groups for putting together the “PAN-YORUBA AGENDA FOR THE 2014 NATIONAL CONFERENCE.”
SIGNED BY:

Group Calls For Suspension And Prosecution Of Minister Of Petroleum Resources, Diezani Alison-Madueke Over Corruption Allegations