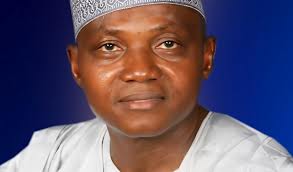 One of the greatest achievements of the military in Nigeria, the liberalization of the airwaves through the issuance of licenses to independent broadcasters is under threat. The threat is from the increasing politicization of the regulator, the National Broadcasting Commission, NBC. Tragically, for Nigeria, it is an elected, “democratic” government that is engendering the demise of independent broadcasting.
NBC has today transformed from a regulator of a vibrant broadcast industry into a prefect, serving to secure and protect regime interests and nothing more.
Subscribe to our newsletter
Every three years, they statutorily called broadcast station owners to a roundtable to review its code. A democratic engagement for the renewal of the code under professional industry managers such as Dr. Tom Adaba, as DG has, under this era of transformation become something akin to the issuance of Fatwas. Industry operators lament that these consultative meetings have become a hush up. After going through the motions, the “all-Powerful” NBC rams down the throats of the broadcasters a “pocket communiqué” prepared before hand with serious consequences that everyone has to live with. Without a law backing their promulgation, these codes or Fatwas assume the force of law and are used to levy fines, suspend programs and issue threats of the withdrawal of licenses.
The independent broadcasters who are relatively new to an industry that government has managed and controlled since the coming of the radio are openly crying out that they are getting the short end of the stick.
There is an industry saying that meeting terrorists is a journalistic duty, not sedition. I recently found myself at a recent meeting of independent radio and TV stations in the North. All three hours, at which I was present, were dominated by tales of woe in the hands of an increasingly “killer” NBC, harshly treating stations that air a word that President Jonathan would not like to hear. The unspoken new rule is: say nothing, do nothing to cause the President constipation.
One of the nine radio stations in Kano reported that they had been queried between 25-30 times in the last six months on flimsy matters using these unilateral Codes. The recent change to the code states for instance, that no station is allowed to do a “Live” political event, the unspoken rule being that such a politician has to be a Dr. Jonathan to escape this rule. When you are dealing with the President, the government-owned Nigerian Television Authority, NTA will be the first to blaze the trail. There are parallels here with the Aviation Ministry, which has banned all crowd receptions – political, burial, labour, welcome etc at the country’s airports, except where the ruling Peoples Democratic Party (PDP) is involved.
Another independent radio owner also from Kano said they had been forced to create a redundant post of a General Manager whose only responsibility is to make repeated trips to Abuja. “We get their summons every week. Our GM is busy. He can’t be on the road answering NBC summons all the time.”
The one in Kaduna reported that they were fined Two Million Naira by the NBC. What did they do? The Minister of Information was leading journalists to their city on a projects inspection tour and in the course of a phone-in program, a listener asked this important question: wouldn’t it make sense for his state government to use the N150 Million voted for the hosting of the Minister’s group for the provision of water in some communities that are direly in need? The fine was to punish the station for airing the question.

From all the stations, the story was of one fine or another or of the suspension or outright ban on programs, clearly signifying a new regime of intolerance. An FM station in Abuja had its enormously popular weekly matters review program in the vernacular under suspension simply because the government is “constantly getting a bashing”.
The conclusion of the Northern Independent broadcasters, at the end of this summit was that government wants to run them out of business ahead of the 2015 election in which Dr. Jonathan is expected to be a candidate.
Regulation for the sake of ensuring sanity in an industry that can cause irredeemable injury in a matter of seconds can be, and is indeed justified. It is wrong however where politics and regime protection are the motives.
The constitution left no ambiguity on the issue of the freedom to hold and express opinions where it said “Every person shall be entitled to freedom of expression, including freedom to hold opinions and to receive and impart ideas and information without interference,” and (2) adds, “without prejudice to the generosity of subsection (1) of this section, every person shall be entitled to own, establish and operate any medium for the dissemination of information, ideas and opinions.” (Chapter 4, Section 39).
A government agency with a track record of partisan and unjust decisions cannot be trusted to manage the burst of new licenses for TV and radio stations coming on the heels of the digitalization, hopefully before the end of the year. Already, there are hints that he National Orientation Agency (NOA), which is being transformed (oh God!) into the official neighbor-to-neighbor campaign for Dr. Jonathan’s re-election in 2015 is bidding for a license in every local government area. So is the News Agency of Nigeria, which is the signatory to the scandalous Levick PR contract for which the NAN is paying USD100,000 every month. The contract is to to launder Dr. Jonathan’s image in the face of the regime’s failure to #BringBackOurGirls.
Going by their past reputation, NBC required you to know the President before your license was processed and issued. Given the large number involved in this round, perhaps as many as 100 TV and another 100 radio licenses for each of Lagos and Abuja, the National Assembly needs to step in with clear rules and guidelines for an open and transparent process. This is to ensure that only investors with genuine intention to grow independent broadcasting are favored.
At the rate the NBC is issuing indiscriminate Fatwas, fines and suspending programs amongst independent radio and TV stations especially in the North where opposition to Dr. Jonathan is at its highest, it is not far-fetched to say that the broadcast industry is just one inch from paralysis.

Bauchi In The Red: Government Unable To Pay Salaries, Owe N10billion In Gratuities