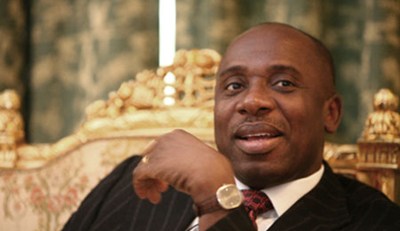 The Rivers State Chapter of the Peoples Democratic Party, PDP, says the illegal sitting of the de-enfranchised Rivers State House of Assembly and the purported amendment of a section of the law to allow Gov Chibuike Amaechi access to the State reserved account to be able to attend to unspecified emergency needs is only a ruse to deceive the people.
Subscribe to our newsletter
The party in a statement signed by the Special Adviser, Media to the State chairman, Jerry Needam notes that this is an open admission and confirmation of its earlier position that the State was broke largely due to the unbridled spending of the N1billion monthly savings by Amaechi through the back door and which should be more than the N53billion naira he has admitted.
All he is trying to do, the statement further notes, is to give those illegal and criminal spending some kind of legitimacy to escape the sure wrath of the law in the long run.
“It’s most unfortunate that Gov Rotimi Amaechi is in a hurry and hell-bent to kill Rivers State, and mortgage the future of the people he swore on oath to govern with the fear of God and we also challenge the State Commissioner of Finance to a public debate to counter our claim in this regard which is also the reason why Amaechi is looking for loans for water etc”, the Party remarked.
The PDP also dismissed the sitting of the Assembly in Government House, saying such sitting has no constitutional backing and effect on Rivers people as it is illegal and criminal.

‘You’re Not Well For Asking Me If I’m Still A PDP Member’ -OBASANJO Explodes In London.