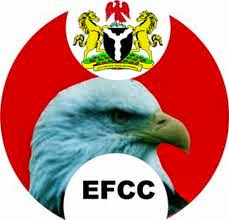 The Economic and Financial Crimes Commission note with concern two separate decisions by court on December 13, 2013 in cases investigated by the Commission.
The first was the acquittal of former Chairman of the Nigerian Ports Authority, Chief Olabode Goerge and five others by the Supreme Court.
Subscribe to our newsletter
The other was the acquittal of former Minister of the Federal Capital Territory, Mallam Nasir el-Rufai and two other by a Federal Capital Territory High Court.

Without going into the merit or otherwise of the Supreme court ruling, it is unfortunate that the apex court disagreed with the decision of the two lower courts- the Lagos High Court and the Court of Appeal- which upheld the conviction of the accused persons based on the evidence presented by the Commission.
While this turn of event is saddening, the Commission as a law abiding institution always respected judicial pronouncements and this will be no different.
On El- Rufai and others, the trial judge, Justice Sadiq Umar believes the Commission failed to establish a prima facie case against the accused persons. This is against the weight of the evidence presented by the Commission in court. Consequently, the EFCC has resolved to pursue an appeal against the ruling at the Court of Appeal.