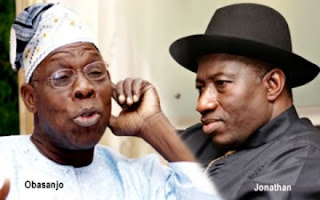 The Socio-Economic Rights and Accountability Project (SERAP) has written a petition to Professor Christ of HEYNS UN Special Rapporteur on extrajudicial, summary or arbitrary executions asking him to “ask the Nigerian government to halt any alleged training of snipers for political purposes.”
The Body’s petition to UN followed the allegation made by former President Olusegun Obasanjo in his 18-page letter to President Jonathan accusing him of “training snipers and other armed personnel secretly and clandestinely acquiring weapons to match for political purposes like Abacha, and training them where Abacha trained his own killers.”
Subscribe to our newsletter
SERAP called on UN to “investigate the allegation and for whoever is involved to be brought to justice.”

The Letter to UN reads thus; “We are seriously concerned that the allegation, if true, amounts to a grave breach of international law, and directly undermines the government’s responsibility to safeguard the safely and security of the citizens. It also constitutes an assault on the rule of law, and is entirely inconsistent with the practice of a democratic society, which Nigeria strives to become.”
Writing further; “The government has a particular responsibility to protect all citizens and others resident in the country against human rights violations. The right to life is widely regarded as the supreme right. The training of snipers will invariably lead to a pervasive climate of insecurity and the absence of the rule of law.”
“The legal right to life and protection against extrajudicial execution is recognized by the International Covenant on Civil and Political Rights to which Nigeria is a state party. Article 6 of the Covenant states that “No one shall be arbitrarily deprived of his life.” This right is non-derogable even in times of emergency,” the organization also said.
While urging the Special Rapporteur;  “to thoroughly investigate the allegations, and to ask the Nigerian government to halt the training of snipers and other armed personnel as the continuation of this will be inimical to the citizens’ protection of their right to life and other associated human rights.”

Jonathan Has Right To Contest In 2015 — Ogbeh