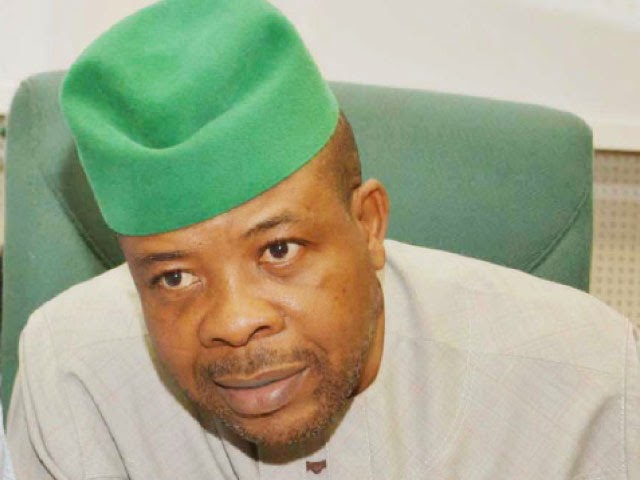 The attention of the Right Honourable Deputy Speaker, House of Representatives, Emeka Ihedioha, has been drawn to posters pasted in parts of the Federal Capital Territory, Abuja, purporting that he is running as vice presidential aspirant under the All Progressives Congress (APC) in the 2015 elections.
This comes to the deputy speaker as laughable and completely nonsensical. Especially so, when the said posters came at a time Hon. Ihedioha is on party assignment with the President and leader of the party, the national chairman and other top stalwarts of the PDP at Osogbo, Osun State for the grand rally of the party for the August 9th governorship election.
Subscribe to our newsletter
The general public is hereby urged to ignore the posters and see this incident as the handiwork of mischief makers who are advised to find better things to do with their time and resources.
The deputy speaker is fully focused on and committed to rebuilding the Peoples Democratic Party (PDP) nationally and in Imo State where he has remained a bulwark of the ruling party since the opposition took over the reins of government at that level in 2011.

Nothing can distract the deputy speaker and other leaders of the party in Imo State from working conscientiously ‎to dislodge the APC government in Imo State and also ensure victory for the party at the federal level in 2015.
He assures his numerous supporters and associates both in Imo State and all over Nigeria that no amount of mischief can stop or derail the PDP train of progress moving into Imo with the Deputy Speaker in the driver’s seat.
Oke Epia
Chief Press Secretary