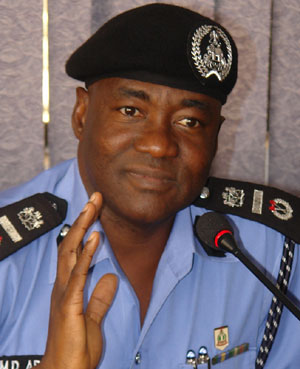 Following the unfortunate death of a commercial motorcyclist, one Olalekan Ajayi on the 20th August, 2013 and ensuing protests embarked upon yesterday, 21/08/2013 at Ikorodu, Lagos by aggrieved citizens, the IGP has called for calm to enable the Police authorities wade into the matter and ensure that justice is served.
Meanwhile, the Police officer linked with the killing of the late Olalekan Ajayi has been arrested, detained and is presently undergoing investigation.
Subscribe to our newsletter

The IGP condoles with the bereaved relations, friends and colleagues of the late Olalekan Ajayi. While promising that the Force will do its utmost best to ensure that the investigation into the death is properly done and concluded in record time, the IGP calls on all aggrieved persons to remain calm and patient. He has therefore directed the Commissioner of Police, Lagos State to take proper steps to ensure that justice is expeditiously done on the matter.
CSP FRANK E.  MBA
FORCE PUBLIC RELATIONS OFFICER,
FORCE HEADQUARTERS, ABUJA

IGP Restates His Commitment To Reform The Police