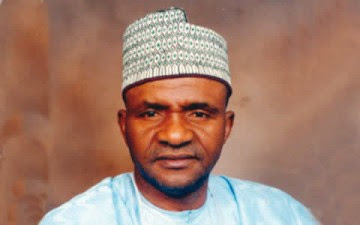 After nearly a year in foreign hospitals following an air accident, Taraba state governor, Danbaba Suntai, will return to Nigeria Sunday, his family and the state government have said, triggering days of a media buzz.
Besides the initial announcement by Mr. Suntai’s wife, Hauwa, the state’s acting governor, Garba Umar, confirmed the trip on Friday, urging residents to accord the homecoming governor a stirring welcome on Sunday by 10 a.m.
Subscribe to our newsletter
Mr. Suntai will first land in Abuja, before proceeding to Jalingo where he will be received by 2 p.m., Mr. Umar said.
But associates of the governor, well aware of his condition, have told PREMIUM TIMES the plan was no different from the dramatic foreign hospitalization, and eventual return of former president, Umaru Yar’Adua, an episode that left the country on the brink of crisis.
Officials close to the governor said his condition was not normal enough to leave the rehabilitation centre, and that the trip was all inspired by an effort to “lead state by proxy”- an important marker of the Yar’Adua’s 2009/2010 chaos. Associates of late Mr. Yar’Adua virtually ruled Nigeria by proxy claiming they were receiving instructions from the former president until the Senate applied a doctrine of necessity to make then Vice President Goodluck Jonathan the Acting President.
Mr. Suntai was involved in an air crash in Yola, Adamawa State in October last year and was first flown to Germany for treatment. He was eventually transferred to the John Hopkins Hospital in the USA after one of his personal physicians back home, Zakari Aliyu, addressed the media and raised the alarm that the governor risked becoming brain-damaged except he was transferred to the U.S. for specialist treatment.
Mr. Suntai reportedly responded well to treatment at Hopkins and was able to regain the use of some of his “sensory organs”, our sources said. Top government officials including governors and ministers and even a PDP fact finding committee visited the governor and reported that he was responding to treatment.
However, none of those who visited the governor returned with a definite statement of the man’s cognitive ability to not only leave the hospital, but get back to office.
Those who spoke to PREMIUM TIMES said some associates of the governor convinced his wife, Hauwa, to fly him back to the country as he stood the risk of losing the governorship seat.

“These people are only trying to bring him back so that they will govern Taraba by proxy. I can tell you that Danbaba is not fit to come back to office. It is unfortunate that they are using him for political purpose at a time when the major concern should be for him to get back his health and come back to continue his work, it is just unfortunate,” one official said.
PREMIUM TIMES also gathered that the officials had fixed a date for Mr. Suntai’s return much earlier than now, but that his wife, close friends and relatives refused to budge.
However, when the pressure persisted including “some subtle blackmail based on religion, the first lady agreed,” said another source, also from Taraba State.
Also, Mr. Suntai’s return on Sunday, just like that of late President Yar’Adua is said to be against the advice of the hospital management who feared that he might be affected by the long flight to Nigeria.
The assurances that the governor has sufficiently recovered have hardly removed doubt from distrustful residents and indigenes of the state who believe the arrangement was a plot solely informed by political considerations and not the governor’s health.
A dimension to the drama is the allegation that a serving senator from the state is the one behind the moves to bring the governor back.
“He would not mind bringing Danbaba back so that he will anoint him as a successor,” another source said. The judgment, he said, was that even with his poor health; Mr. Danbaba still holds the ace in deciding who becomes the next governor of the state.
Already, a group, Civil Society Network against Corruption, CSNAC, has filed an FOI request asking the state commissioner of Information, Emmanuel Bello and the Taraba State government to provide evidence that Mr. Suntai had fully recovered.
The group said the evidence may include video recording of visits to him by PDP delegation and or medical report certifying him well again, as well as the details of the amount of money expended on his treatment so far.
Source: Premium Times