CACOL Berates LASG Over Seizure Of Rams By KAI 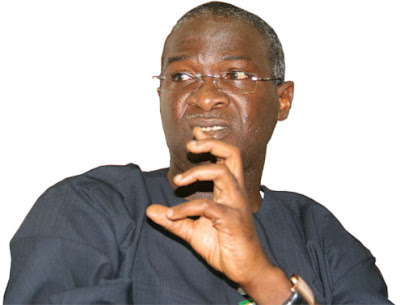 The Coalition Against Corrupt Leaders (CACOL) has berated the Lagos State government over the seizure of 150 rams by the officials of Kick Against Indiscipline (KAI) from ram dealers at Ijora Olopa, Lagos.
The chairman of ram dealers, Alhaji Musa Sokoto, said the KAI officials seized the rams on Sunday morning without giving any reason for the action. Speaking further, Sokoto accused KAI of withholding 15 of 150 rams seized when he led some of his colleagues to the secretariat to secure their release.
Subscribe to our newsletter
Reacting to the news, the Coalition through its Executive Chairman, Comrade Debo Adeniran noted that the excesses of the KAI official is becoming unbearable and the brute force they employ to suppress and molest traders is uncalled for.
He said, “The lawlessness and the excesses of KAI officials is becoming unbearable. Withholding people’s goods and demanding fine when the offence has not been spelt out  is extortion of the highest order. They capitalise on the vulnerability of the petty traders, shoe makers, foodsellers and other artisans who are eking a living and have their stalls close to the roads to extort money. Just some few weeks back two KAI officials were arrested for allegedly demanding N800, 000 bribe from a trader at Iddo Market. This trend is disturbing considering the status of Lagos State.”
Speaking further, Adeniran averred that withholding 15 out of the 150 rams seized makes a mockery of the state government and urged the Lagos State government to look into the matter.

“It is very disheartening that goods seized could not be accounted for accurately. This makes a mockery of Lagos State government and KAI management. Does it mean the inventory was not done when the rams were brought or is KAI saying that the remaining 15 rams got lost in transit? It behoves Lagos government to, as a matter of urgency, look into this allegation by the ram dealers and bring anyone found to have abused his office to book to serve as deterrent to other erring officers,” Adeniran said.
The human rights activist however urged the Lagos State government to concentrate on delivering on its manifestos instead of victimising and witch-hunting hapless Lagosians.
Abimbola Adegoke
Media Officer, CACOL
11 October, 2013