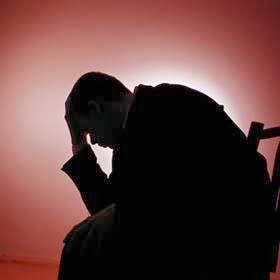 Dr Christopher Piwuna consultant Psycho geriatrician with Jos  University teaching Hospital (JUTH)   has disclosed that before year 2015  African will be rank first in the world amongst  20 million people  attending the  age of 65 years and above.
Guest speaker during the annual World Mental Health Day  in Plateau state he  said,  Federal  government of Nigeria is yet to have policy for people that are suffering from   old age ,saying  over  10 years ago federal government have  kept battling and  emphasis on issue  of legislation and no  success is  achieve.
He .ex ray that the state of well being in which the individual realizes his or her abilities to cope with stress required medical checkup.
Subscribe to our newsletter
Piwuna advised that Community care service should be integrated within general hospitals services were there should be psychogeriantician for 10,000 elderly respectively.
According to him, PHC in the country have not given special provision for the care of the elderly in the society, added government need facilities to care for the elderly.
Piwuna also stressed the need for all the local government to as a matter of urgency upgrade facilities to take care of women, divorces who go through a lot of stigma in the society.
He lamented that poverty has resulted in most of problems in early death of people who are separated from family members

Those group who are Often stigmatized by the society   are the widow and divorce members of the community that see them as  curse or witchcrafts .
Dr Christopher Piwuna revealed that the growths of older people in Africa is the fastest in the world because of health improve facilities and poor standard of   people to growth very old fast.
He explained that the crude mortality rate among elderly is declining in memory due to  generation  effect of HIV/AIDS with solidarity skip on old people only elderly are responsible for upbringing of  children in most African countries homes.
The consultant expressed concerns that over 20 percent of those within 50 years will start developing mental illness that is  commonly cause amongst  the elderly ; depression, dementia , anxiety and personality genetic, organic personality that is increase prevalent among female are more chronic illness from early lost of loved one.
He stressed that decrease in weight by 5 percent between the age of 30-70 years by 10 by age 80 years 20 percent the cells are enlarged.
Plateau state Commissioner for Health Dr Fom Dakwak  commended the department of psychiatric University of Jos  for organizing awareness campaign to enlighten people on  the danger of mental alert.
He promised to partner with the department to tackle mental related diseases and also improve number of staffs in various hospitals across the state.

CACOL Berates LASG Over Seizure Of Rams By KAI