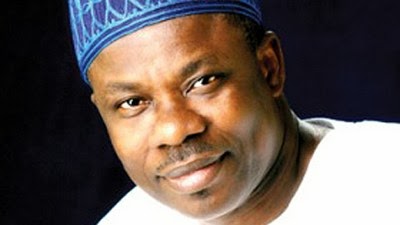 Press Release – Gentlemen of the press, Our great party APC leadership in their wisdom established the harmonisation committee in each of the 36 states and FCT. The composition and responsibilities s of the committee were made public to the effect that, on inauguration it shall;
Subscribe to our newsletter
A. Elect the interim state executive of 5 members, to include, ;Chairman, Secretary, Treasurer, Organising Secretary and Public Relations Officer.
B. The interim State Executive thereafter shall be responsible for Local governments, Wards and polling units structure formation.
C. Surprisingly in Ogun State, before the formal inauguration of the harmonisation committee by the Interim Vice-Chairman of the South-West, some potential members of our great party decided unilaterally to be parading themselves as acting Chairmen, Interim Executives at the various State, LG, ward and polling unit levels with no legal backing, as they attempt to ursup the functions of the yet to be inaugurated harmonisation committee.
D. This act of lawlessness has resulted into the confusion and commotions in many of the 236 wards in the State until yesterday, when the formal inauguration of the harmonisation committee was fixed for today Thursday the 9th of January 2014 at 4pm by the South-West Zonal Vice –Chairman.
E. To meet-up with the inaugural meeting of today, some of our members had to reschedule their flights from Europe and USA in order to be present at today’s inaugural ceremony.
G. Following the apparent attempt at manupulating our constitution and breaching the national guidelines, the inauguration was purportedly put-off for the illegality and inpunity in the State to continue.
However having formed the majority of the harmonisation committee membership and believing that nature abhors vacuum, there is a need for purposeful leadership.
Therefore the following Interim State Executive were duly elected this morning;
1. Chairman to be provided by the State

2. Secretary Senator Adegbenga Kaka
3. Treasurer Chief Sunday Sowunmi
4. Organising Secretary HON Babatunde Ogunola
5. Public relations officer to be provided by CPC after harmonization with the national interim exco
After the inaugural meeting of the Interim State exco the modalities for the structure formation at the Local govt, Wards and polling units shall be put in place for a smooth registration of our members. Loyal members of our great party are advised to stay calm in the face of provocation from any quaters, and totally reject any impositions in whatever guise.
All illegal structures and committees put in place at the various levels and the are null and void and are of no effects whatsoever.
All ongoing illegal registration as well are equally invalid and should be disregard.
Thank you and God Bless.
Senator Sefiu Adegbenga Kaka
State Interim Secretary.