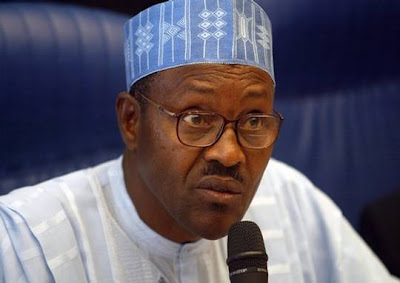 A veteran presidential candidate and a major stakeholder in the newly-registered All Progressives Congress, Maj.-Gen. Muhammadu Buhari (retd.) on Tuesday said the new party was determined to push out the ruling Peoples Democratic Party in 2015.
“The APC is focus-driven to push the PDP out of power by 2015,” Buhari told members of the Democratic Emancipation Movement who paid him a courtesy visit in Kaduna.
Subscribe to our newsletter
But the PDP said on Tuesday that Buhari, who ruled Nigeria as a military Head of State between 1983 and 1985, was day-dreaming.
“There is no way the APC can win the election in 2015. He (Buhari) is day-dreaming,” Acting National Publicity Secretary of the PDP, Mr. Tony Okeke, said in reaction to the ex-Head of State boast.
Buhari contested the presidential election on the platforms of two political parties in 2003, 2007 and 2011 and lost to the PDP candidates in all.
In the 2003 and 2007 elections, he was the candidate of the All Nigeria Progressive Party against PDP’s Olusegun Obasanjo and Umaru Yar’Adua respectively. In 2011, he contested against incumbent President Goodluck Jonathan on the platform of the Congress for Progressive Change, now a third of the new APC.
The APC is the product of a merger of CPC, ANPP and the Action Congress of Nigeria.
But Buhari said whether he would run in the 2015 poll or not would depend on whether the APC wanted him or not.
“My decision will be tied to the constitution of the APC. If the party chooses me as its candidate, I will contest. If the members do not consider me, I will not contest but I will still support the party. My decision to run for 2015 will solely be that of the party,” Buhari said.
He said that the APC would give Nigerians a new lease of life and hope that would make the country rank top in the comity of nations.
He also lauded the nation’s electoral umpire the Independent National Electoral Commission (INEC) for mustering the courage to register APC.
The former Head of State noted that he had thought of a merger of political forces to wrest power from the PDP in 2007.
He admitted that in the past, the opposition parties in the country had made mistakes because “we made ourselves vulnerable.”
He added that for the country to survive, the main opposition parties had to come together to wrest power from the PDP.
Buhari said, “I thought about this merger in 2007. This is because I found out that none of the opposition parties can challenge PDP successfully. But if we come together with those that have representation at the National Assembly and the Houses of Assembly and go back to sensitise our constituencies, even if the PDP want to rig they would find it impossible to rig.

“I discovered that by being so divisive, we made ourselves very vulnerable. So, the best way to survive and for this country to stabilise we just have to come together and I believe, along the line, we made necessary sacrifices.
“The tension in the country has already come down; people now think that they have a viable alternative. These feelings and belief is across the country, not only in the North or in the South-West. There is a good feeling about the party in all the political zones of the country.
“Our next important step is the mobilisation of constituencies to make sure that elections are conducted according to the law.
The ex-Head of State lauded the Independent National Electoral Commission for registering the APC.
He said, “To be honest, we have to thank INEC because when we thought we had applied according to the 2010 Electoral Act, INEC drew our attention to the Electoral Act provision  that said that there must be a headquarters at the federal capital that is good enough to be called headquarters of a national party. Then there was the issue of our constitution, our manifesto, and the harmonisation of the main three parties.
“We thought that the initial nine signatories were enough to manage the party on the interim between registration and convention, but INEC advised us and told us that we needeed to get between at least 25 or 35 people to come out from the whole geopolitical zones to sign.
“If INEC wanted to be wicked, they could have kept mute and just sent us a letter that our application was not complete. They could have done that. But for them to send us an observation which was later corrected, I believe they have been very impartial and we thank them for that.”
Buhari’s optimism about the APC notwithstanding, the PDP said the new party was incapable of winning in 2015.
Okeke said, “Nigerians have realised that the PDP is the only political party that has their interest at heart. The APC on the other hand is merely lusting for power and that its members don’t have the interest of Nigerians at heart.
“The APC is a party of despots, dictators who love to impose candidates on the people. Nigerians are tired of such people.”
Meanwhile, the APC’s interim chairman, Chief Bisi Akande, has said the new party will welcome Jonathan into its fold if the President is tired of the crises in his party.
Akande at a press briefing in Abuja on Tuesday said, “We don’t even close our door to the PDP. If Jonathan is tired of the crises in the PDP, he is welcome in the APC.”
But Jonathan’s Special Assistatnt on Public Affairs, Doyin Okupe, said that Akande’s call to the President was a final vindication that Jonathan was God-sent.
Okupe said there was no crisis that was insurmountable in the PDP and described Akande’s ‘‘invitation’’ as a welcome development.
Source: Punch

Kabiru Turaki: Neither A Politician Nor A Diplomat By Eddie Iroh