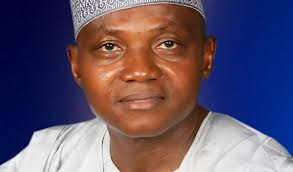 All those critics of the President, Dr Jonathan Goodluck who say they find it hard to point at the good points of his administration should look at what are they doing with Almajiri education in the country. His government just set a time-line, September this year, by which all Almajiri will be taken off the streets and enrolled in school.
President Jonathan, in a speech by Vice President Namadi Sambo in Nasarawa State last week reiterated that all less-privileged children, beside the Almajiri who all together number up to to 9.5 million will be learning in the 143 Almajiri model schools set up in the North and a few Southern States.
Subscribe to our newsletter
This decision has given hope to many, including this reporter, for a positive change – change that should hopefully arrest lawlessness and hooliganism taking root in the North and other parts of Nigeria. The northern political elite, which has been the butt of criticism of the Southern press for alleged failure to look after their youth stands to benefit if the new scheme succeeds. It will also pave the way to clear one of the challenges facing the Child Rights Act.
The Almajiri system was imported into northern Nigeria from Northern Africa. Almajiri is itself from the Arabic word Almahajir, meaning immigrant. The Hausa use the word to refer to both a student and a beggar.
Before it was corrupted by lazy parents, greedy teachers, exploitative politicians and employers of labour, the Almajiri education had functioned as a veritable means of the internalization of the Qur’an by youngsters and a way of imbibing a spartan lifestyle as a means to self-discipline. These days, parents who find the up-bringing their male children burdensome throw them into the system with little or no supervision and care. Such children, brought up as beggars tend to feel or behave In a way that shows them as psychologically inferior, without a sense of self-worth.
Several investigations and commissions of enquiry at several levels of government have in the past linked the Almajiri system in the North to the frequent outbreak of unrest, religious and political violence.

Violence has caused the exit from the region of multi-national companies involved in manufacturing, construction and the aviation industry. The few “industries” left in the North are those in telecommunications and immediate consumption. Industry and the North have become antithetical. A snide Punch newspaper cartoonist brought this home in a caricature a year ago. In it, we wrote that the President of Nigeria visited Southern States to commission industries and completed government projects. In the North, he visits to commiserate with the people after incidents of violence.
As a consequence of this, the North has slid into becoming the poorest of the states in the federation. Instead of striving to be the nation’s catalyst for development through agriculture, industry and human resources, the North has repealed every small or major investment opportunity.
The Almajiri education policy of the Jonathan administration is important, not because it is a pioneering effort. In Kano, I know of the past efforts of the military administration of Governor Ndatsu Umaru who attempted, in a vigorous way, to merge the Arabic and Boko (western) schools complete with an edict to remove all Almajiri from the streets. Ndatsu was thwarted by the neighboring states that kept pumping new child beggars into the state. Not getting support from the neighboring countries, Niger, Cameroon, and Chad made it worse.
After years of this failure, there has been a renewed hope of tackling the issue with the second coming of the current Governor, Rabiu Musa Kwankwaso. Kwankwaso’s government has actually begun the evacuation of Almajiri from the streets but my skepticism has not changed considering that the neighbors are not carried along. When the nearby states are not in tow, it is easy for new beggars to come from the to replace those evacuated. With the coming of the federal government into this scheme however, given its vast swaths of powers across state boundaries, Kwankwaso or any serious state government determined to change the unwanted situation has no reason to lose this plot.
To resurrect the pride of this once beautiful, peaceful and stable region, North’s political leaders need to change the existing paradigm. The answer in my view lies in going back to education and reorientation. Some of the far-sighted states have already started laying the building blocks for this but I won’t mention names. The North can reclaim its creative destiny only when there is literacy, education and mass enlightenment. There must be a minimum of discipline and vision. Don’t forget that much of the South also witnessed a wretched social order (some are still there) until their embrace of education
If the leaders can develop the enormous human resources of their region, the North can be repositioned as the creative and intellectual resource base of the nation. With education and enlightenment, a state like Borno can actually become the California of Nigeria, where creativity flourishes.
The Jonathan government’s Almajiri Model School Scheme should be supported and complemented by the states because they are doing something good for the nation. I like and support it because it will, among other gains, bring political stability to the country. I’am also in full admiration of the fact of the altruism behind it, given that the dividends of this stability may not even be reaped by Dr. Jonathan before he leaves office.