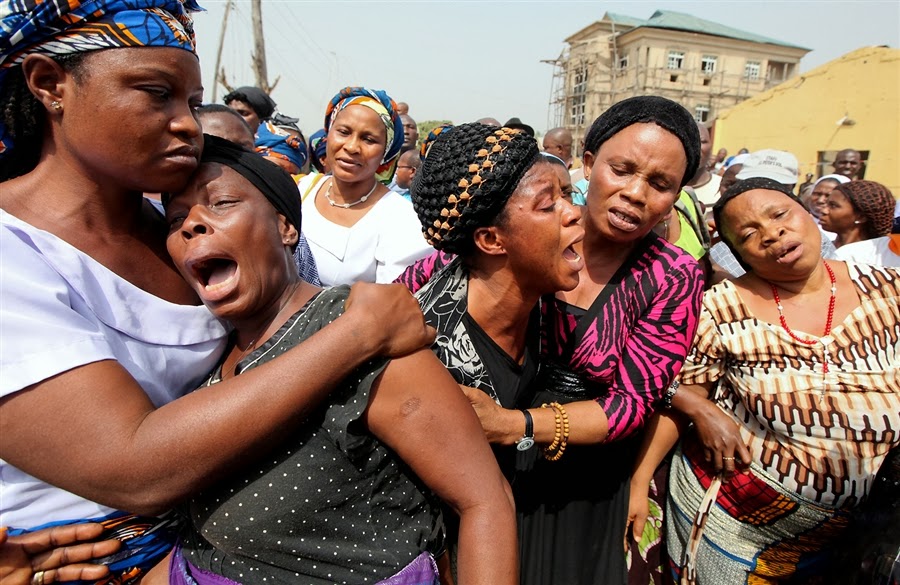 Let me start by making it categorically clear that last Friday’s Presidential launch of a fund raiser to support Boko Haram victims is very good and indeed commendable. I really appreciated what the President did. In fact, I see it as the most significant non-military effort in dealing with the problem so far, how I wish we had not focused only on the military aspect of solving the problem all this long. We must continue to combat violence, but we must also think of how to help the victims of violence.
In my own view, this Terrorism Victims’ Support Fund has achieved three things. One; it might have subsided the government’s effort of borrowing N160 billion to fight terrorism, even though the loan was meant to purchase weapons and not to support the victims. Two; it has indicated that the government has changed  its mind of taking care of terrorism victims only after the war has been brought to an end, which was never a good idea. Three, it has united Nigerians; it has shown that we care for each other. We are all victims of terrorism; it is only that some are more affected than others.  Terrorism has affected our economy, international image and internal unity.
Subscribe to our newsletter
Despite commending the fund raiser, we however have no cause for celebration yet. This is because fund raising is quite different from funds receipts and proper distribution and utilization of funds. we shall only celebrate when at least 75% of those who made promises that night, redeem their pledges and the funds raised reaches the actual victims without ending up in the pockets of corrupt bureaucrats.
Let’s take a short walk down the memory lane. In 2012, an unprecedented flood ravaged several states in Nigeria, affecting over 7 million people, displacing about  2.3 million people, killing over 363 persons, destroying about 597, 476 houses. To ameliorate the situation, in October 2012, the Federal Government of Nigeria, apart from immediately providing a total of almost N18 billion, also mobilized the richest people in Nigeria to raise funds to help the flood victims.  Several months after these funds were announced and even up to date, many communities are still agitating for the funds.  Where did all the funds go?
A 34-man Presidential Flood Relief and Rehabilitation Committee, co-chaired by business mogul, Aliko Dangote and frontline lawyer, Olisa Agbakoba (SAN), were left with loads of empty promises from well-respected ‘big’ people. The committee at its inauguration at the Presidential Villa stated that it was targeting the sum of N100 billion, and instantly, donations and pledges made by prominent Nigerians amounted to over N11billion.
Many of the prominent Nigerians, who made pledges in the presence of President Jonathan at the launch of the fund refused to redeem their promises, several months after and even up to today. Interestingly, some of those who pledged but never redeemed, were alleged to have gone ahead to enjoy the tax incentives attached to their pledges. The committee at a time read a riot act to the pledge defaulters, threatening to publicly publish their names in national newspapers.
My attention was also recently drawn by Pius Adesanmi when he raised the issue of Fund Raising Politics in Nigeria. Adesanmi captured Segun Adeniyi’s narration on pledges, promises, and donations by the usual suspects during the launching of Turai Yar’Adua’s International Cancer Centre in 2009 thus: “On the actual amount of money raised, I understand that the Chief launcher, who publicly pledged N500 million gave N10 million. He reportedly said that on the day of the event, he came with the intention of donating N10 million but the organizers told him that if he pledged such a “paltry sum”, it might discourage other potential big donors, so he announced 500 million. Unfortunately, that is what obtains at most launchings in Nigeria where “chief launchers” are made to pledge scandalous amounts they are not expected to redeem, just in the bid to get others to make big donations. Another businessman who is now a governor in one of the southern states pledged the sum of N210 million but up till today, not a kobo has been received from him. One particular donor who also made pledge of a hefty amount gave a cheque of N10 million that bounced. By the time they met him on the issue, Yar’Adua was already in Saudi Arabia and Dr. Goodluck Jonathan had become the Acting President. The businessman said when he made the pledge, he did it in anticipation that he would get contracts from Yar’Adua’s government but since that didn’t work out, they should bear with him. So, at the end, he gave nothing! But at least he was honest. Several other people who pledged jumbo sums of money just vamoosed the moment Yar’Adua was out of the scene.”
Concerning fund raisings for one philanthropic reason or the other, I would like to raise three fundamental issues.
First, must all funds be raised from the richest people in Nigeria? Aren’t we troubling them by asking them to donate their money all the time or whenever there is any calamity? Don’t we remember that they are businessmen and some of them are only after their business interests and would therefore only be willing to fund profitable ventures like politicians’ campaigns for example? The moment you directly or indirectly force some of them to donate, what you will get at the end are empty promises.

Secondly, why don’t we make fund raisers to support whatever emergency, a completely Nigerian issue, rather than a rich and big men affair? Although people handling the fund raisers usually announce that donations are made open to the public, but they seldom put in place any practical framework to make that happen. For example, recent statistics released by the National Communications Commission has shown that there are more than 120 million active telephone lines in Nigeria. A well-publicized appeal can make such subscribers to donate from between N20 to N200 with the potential of generating   between N2.4 billion to N24 billion. These amounts are far much better than N100 billion in pledges.
Thirdly, I once heard a state governor said, whenever you hear a government setting up committees, task force, fund raisers and so on, then someone is not doing his work somewhere. With all the manpower and resources at government’s disposal, if everyone is doing his work effectively, hardly would any situation overwhelm the government so much so that, it has to seek donations from private individuals in whatever form. The more a government seeks favours from individuals in whatever form, the more it erodes its independence and impartiality. Fund raisers should be for NGOs and other charities, but it should not be what the government does always.
While I acknowledge that, some exceptional cases of emergencies may not be effectively handled by the government without the intervention of private individuals, I strongly advocate that, governments must limit fund raising activities to the barest minimum.
Amir Abdulazeez is the President of Foundation for Better Initiatives (FBI) and can be reached through [email protected]
Amir Abdulazeez
Twitter: @AmirAbdulazeez
Facebook: https://m.facebook.com/amir.abdulazeez

State of Osun, The Land of Chief Bola Ige Will Speak Loudly On August 9 – By Joe Igbokwe

How More Wasteful Can The Police Force Be? By Garba Shehu