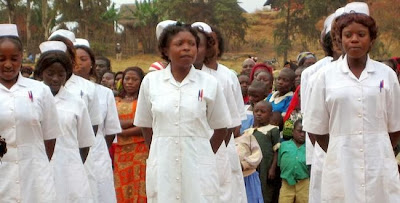 My great grandmother occasionally reminded us that, it is only your good enemy that will tell you that your mouth smells and the clothes you put are torn, and it is only a naturally cursed and useless friend that will continue to fight that enemy without wanting to transform or accept transformations to defeat the enemy.
Sometime ago, I went to the hospital with a friend who was ill and while in the ward with him, a beautiful young lady walked in and asked one of the nurses sitting and said “Ma, please let me have the folder of that patient over there”, which was given to him. I just saw her access a patient one after the other, wrote something on various files and walked away. As I looked at the nurse, she was fuming with anger and made an uncomplimentary remark, “all this small doctors wey say them be physiotherapists will just come here, touch some parts of the body and government will pay them big salary, while we earn nothing”
That word till date rings in my ear, and each time I remember it; I feel pity for nurses. That I love Nurses have never been in doubt and the love has never waned, despite the ills bedeviling the profession. How come Physiotherapy which is arguably a new profession ranked next to Med/Surg in the scheme of service that Nurses have become their enemies? How come that Physiotherapy which began with nurses has overtaken them from being just a technical course to a professional course that Nurses have to answer to them? I do not want to be reminded that Medicine started as a technical course as well, for I know; but one thing has distinguished them – training, research and pride of what they practice. These three things are what have made Nursing the butt of jokes in Nollywood today, where they are portrayed as slaves to physicians. I’m pained; really pained, knowing that it is not the true picture of things. This lengthy piece which was borne out of research with great assistance from a top medical colleague will answer that.
In this part of the world, when the word “Nursing or a Nurse is mentioned, it’s simple interpretation is “that is woman” and this is attributed to the fact that, of course no tribe in the Africa continent that has a word for a nurse or nursing. Let us attempt to enroll more females (say 70% of female and 30% males into the medical schools for just two years, or allow more physician, pharmacists and physiotherapists (3 Ps) in the hospitals or allow female member of such professions to head their council for just two years and observed the impressions and expressions of members of the Nigeria communities, if the field would not be communized and lose it respect. The licensure exams nursing students write in every May and In November of every year can be written and passed confidently by a very good biology and health science secondary student, but that same student cannot even understand Medicine, Pharmacy, Physiotherapy, Dentistry nor Med.Lab exams let alone to attempt them; but because it known that, females brains don’t want stress in the acquiring of knowledge, the nursing council exams, in both structures and patterns are watered down that, even a pregnant woman at second stage of labor will write and pass; in other words, the SSCE and JAMB exams are more difficult than the RN exams, and you think, these other medical practitioners are not seeing these?
For the nursing field to grow and be recognized by the societies, it required constant researches that will have direct impact on the improvement of the lives of the people; but while the other profession and their professionals are engaging into researches and announcing the outcome to the societies with the logo of their respective field on the results; nurses are busy attending weddings, buying exotic cars, fattening up, accumulating and sharing the several millions and billions of monies collected for council exams registration, indexing, license, renewal of license, from frustrated nursing students, as well as the ones collected from fake organized workshop, obsolete post-basic programs attendants. Instead of investing these monies into significant researches, they travel to Dubai and other countries; and you think these physicians are not seeing these?