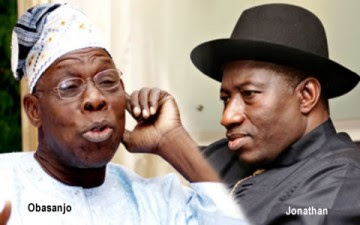 The Coalition Against Corrupt Leaders (CACOL) has flayed former President Obasanjo over his recent 18-page letter to President Goodluck Jonathan.
The former President, in the open letter, had accused President Jonathan, among other things, of corruption and taking actions calculated at destroying the country.
Subscribe to our newsletter
Reacting to the letter on behalf of the Coalition, its Executive Chairman, Comrade Debo Adeniran averred that Chief Obasanjo lacks the moral justification to raise the allegations contained in his open letter because he is also guilty as he has alleged.
He said, “It is no gainsaying that former President Olusegun Obasanjo should be the last Nigerian to criticize the government of the day, because he is also guilty of the same allegations in his era as the president of this country. Going by the loads of weighty allegations leveled against his regime as president between 1999 and 2007; he lacks the moral ground to condemn any government.  It seems that Chief Obasanjo is trying to warm his way back into the heart of Nigerians by his letter, but it is rather too late for him. When he was in power, what did he do to make a difference? Talking about corruption, it was in his regime that many scandals broke out which are yet to be resolved. The Halliburton Scandal, Siemens Scandal, Wilbross Scandal, the Power Reforms Scandal, the Pentascope and other scandals all broke out during his administration. The Ghana-Must-Go Syndrome was entrenched during his tenure; as a matter of fact, it was alleged that every member of the National Assembly was given N50m to bend the constitution to accommodate Obasanjo’s third term bid. That is the highest height of corruption; after all he who comes to equity must come with a clean hand.

It should also be recalled that the issue of election rigging rose from cradle to its peak with the help of Obasanjo’s close ally Maurice Iwu, the then INEC Chairman. What about his numerous anti-masses’ policies like his persistent fuel price hike and his flagrant disrespect for the rule of law and the fundamental human rights, the leveling of Odi and Zakibiam. Obasanjo was the only president that decided whether to obey court verdict or not. Though the said letter aligns with the current happenings but it is hypocritical of Chief Obasanjo to play a saint when his antecedent speaks contrary. Nigerians are not fooled by his sudden show of concern for the country.”
The anti-corruption crusader however called on the former president to apologise to the Nigerians for the atrocities he perpetrated during his tenure and urged the Economic and Financial Crimes Commission to make public the discreet report on him for appropriate prosecution.
“Obasanjo owes Nigerians a public apology over dozens of abnormalities and abuse of human rights that characterized his tenure as president. The Chief should tow a path of honour by tendering a formal apology to the Nigerian masses. It should also be noted that the anti-graft agencies especially the Economic and Financial Crimes Commission should make public the report of investigation they conducted on the Owu Chief because Nigerians were made to understand, by the former EFCC Chairman, Mrs. Farida Waziri that the Commission had a discreet report on him. The report should be made public and if he is found to have abused his office, he should be made to face the wrath of the law, “Adeniran said.