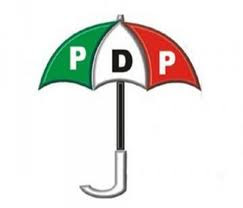 Rivers State People Democratic Party has faulted the claim of Hon.Otelemaba as they authentic speaker of the State House of Assembly.
In a statement signed by Jerry Needam SA, Media To PDP Chairman Rivers State the party said; “The attention of the Leadership of the Peoples Democratic Party, PDP, in Rivers has been drawn to a document emanating from the impeached Speaker, Rivers State House of Assembly, Otelemaba Dan Amachree, dated July 18, 2013 in which Rt Hon Evans Bipi is referred to as an ‘impostor’.
Our concern on accusing the new Speaker of impersonation is drawn from the fact that all evidence available at public domain, including the video clip shown on all electronic and social media with regard to the incident on the floor of the House Tuesday, July 9, 2013 clearly show that the former Speaker, Rt Hon Otelemaba Dan Amachree was procedurally impeached, creating room for the election of the new Speaker, Rt Hon Evans Bipi.
Subscribe to our newsletter
The Party warned the impeached Speaker, Otelemaba Dan Amachree to desist from twisting facts and misinforming the general public on who the authentic Speaker and other principal officers of the House are.

The Party is also worried that by making unguided submissions on the Police investigation on the matter, the impeached officers may be obstructing the due process of such investigation and those of the National Assembly.
The State PDP further urges the former Speaker, Otelemaba Amachree and his cohorts to look at issues that would bring about the quick recovery of Hon Michael Chinda, who doctors are still struggling to save his life in an overseas hospital, rather than laying claim to positions which they have used to cause problems in the State.
“As a party committed to justice and peace, we would continue to uphold the rule of law with strict adherence to the precepts of the constitutions of our party and the nation.
To this end, we appeal to the general public and our party faithful to continue to support the party as we, again reaffirm our disposition to the peace and development in our dear State”, Jerry Needam declared.