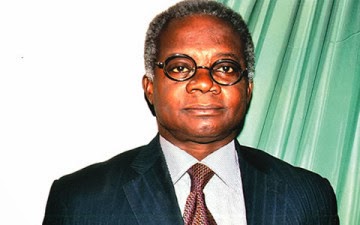 Conference of Nigerian Political Parties {CNPP} has read carefully the statement credited to Malam Nasir, in which he said that there will be violence if the 2015 general elections are not credible, free and fair.
We are at a loss how this nimble conditional statement constitutes security threat and is rated weighty enough to attract the attention of the Directorate of State Service {DSS} to arrest him
Subscribe to our newsletter
In our candid view it smacks of selective justice and gives credence to the Watch-List, which the former president, Chief Olusegun Obasanjo harped on in his letter to President Goodluck Jonathan.
We hope we are not sliding back to the dark days of dictatorship, when Watch-List drifts into Hit-List?
Otherwise what is harmful in the speech when it sounds like a rapid response to the explosive pessimistic statement made by the Chief Electoral Officer of the federation, Professor Attahiru Jega few days earlier that the 2015 general elections will not be perfect? A speech couched as if the hurdles before INEC are insurmountable and therefore a good excuse to rig the elections. Then argue after the havoc that I told you before.

Yet, we have no record that any of them has been hounded by the DSS.
In sum, we call for sober reflection and restrain in making mountains out of mole hills and embarking on selective amnesia, which casts our security agencies on partisan colours.
Mr Osita Okechukwu
National Publicity Secretary
CNPP

A Failed Ruling Class And The Litany Of Impunity: From Taraba Through NNPC To Rivers And Beyond By Jaye Gaskia