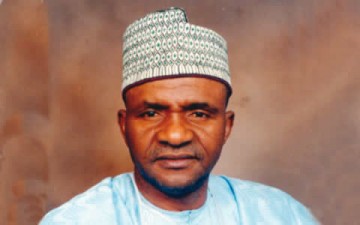 For those in doubt of the nefarious agenda of the maximum ruler of Taraba state, Garba Umar, which essentially is to impeach his boss, Governor Danbaba Danfulani Suntai, the current renewed call for the latter’s ouster should serve as a wakeup call.
Today Umar only dreams of the day he would be sworn in as substantive Governor. He recently sponsored a comic group called Nigerian Human Rights Community (NHRC).
Subscribe to our newsletter
See The Nation Newspaper, 9th February, 2014, page 4. Please note this group should not be mixed up with The Nigerian Human Rights Commission, as the former is a caricature of the later; established to cause mischief.

The moronic NHRC, among other things, called for the constitution of the impeachment panel to include the NBA, NUJ, and the Nigeria Police. If these collections of characters are into protecting human rights, then they should have known that citizen Suntai has the right to remain as Governor.
According to the constitution, Governor Suntai remains governor unless if he resigns, becomes PERMANENTLY INCAPACITATED, or dies. Of course, the House of Assembly may chose to impeach him on proper constitutional ground, but what are the grounds for impeaching Suntai?
Is it an impeachable offence to survive a plane crash and be recuperating? What has Suntai done to Umar to warrant this level of hostile treatment? Suntai brought in Umar from obscurity and made him his deputy.