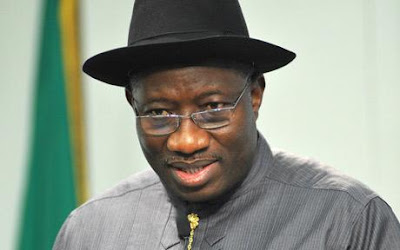 President Goodluck Jonathan today wrote to the National Assembly where he sought for extension for the state of emergency imposed in the three northern states of Adamawa, Borno and Yobe.
The president in a letter on Wednesday which was addressed to the Speaker of the House, Rt. Hon. Aminu Waziri Tambuwal, requesting for an extension of the state of emergency by a another period of six months with starting from  November 12.
Subscribe to our newsletter
The letter read thus; “May I respectfully draw your attention to the state of emergency proclamation 2013 in respect of Adamawa, Borno and Yobe states, which was approved by the National Assembly. By virtue of the provisions of Section 305(6) of the Constitution of the Federal Republic of Nigeria, 1999, the proclamation aforementioned will elapse after a period of six months from the date of approval, except the period is extended by the National Assembly.”

“As a result of the laudable efforts of our security agencies and the support of the citizens in the affected areas, we have achieved considerable successes in containing the activities of the terrorist elements. However, some security challenges still exist in a few parts. Consequently, it has become pertinent to request the approval of the House of Representatives for an extension of the state of emergency for a further period of six months, during which time it is expected that normalcy would have been fully restored.
Stating further in his letter, he added; “In view of the foregoing, I most respectfully request the House of Representatives to consider and approve by resolution the extension of the proclamation of the state of emergency by a further period of six months with effect from 12th November, 2013.”