0 31
Share
Subscribe to our newsletter
Nasarawa State Governor Umaru Tanko Al-Makuratoday said that the threats to impeach hom over an alleged extra budgetary spending is indeed not necessary and is also exaggerated. According to Al-Makura he said that the lawmakers should  exercise restraint as he also added that the crisis “should not be allowed to be a dividing force or blown out of proportion.” 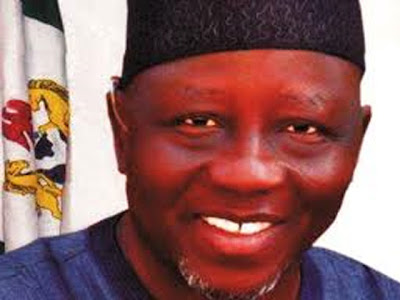 The Governor who spoke through his Senior Special Assistant on (Media and Press Affairs), Sani  Mairiga, said that the  roles, duties and responsibilities of both arms of government were clearly defined in the constitution.
Subscribe to our newsletter
Adding further he said;  “There is no reason whatsoever for the Executive and Legislature  not to work together for the development of Nasarawa state. There is no need for any rivalry between the Executive and Legislature; it is absolutely unnecessary because both arms are part of the same government elected by the people to deliver dividends of democracy.”
“We acknowledge the fact that there could be disagreement once in a while and might belong to different political parties; however, it should not be allowed to be a dividing force or blown out of proportion. What the people of Nasarawa state want is good governance and responsible government.”

According to him,  “disagreements between these two arms of government were often exaggerated and over dramatized.”
While he also added that in some cases, such disagreements might help to reinforce mutual respect between the two arms of government and promote accountability.
While commenting resignation of his two aides, Hajara Danyaro and philip Iyakwari, the governor said the duo did that to pave way for the development of Nasarawa state, taking into cognizance the need for both Executive and Legislature harmony.
He also called on people of Nasarawa state to accord his administration the desire support and understanding in its desire to deliver the much needed dividends of democracy, while reiterating his commitment to ensuring a cordial relationship among the three arms of government, adding that “Nasarawa state belongs to all of us irrespective of religious, ethnic or party differences; we should strive and take it to a greater heights.”