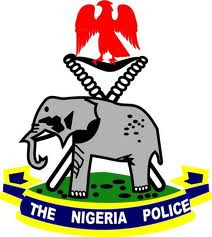 The attention of the Police Command has been drawn to stories making rounds in the media that the Police blocked the road to the Rivers State Government House, in Port Harcourt denying His Excellency, Governor Rotimi Amaechi access to the Government House.
The Nigeria Police Force hereby categorically states in clear terms that the Police did not in any way block the road to the Rivers State Government House; neither did it deny the Governor Chibuike Rotimi Amaechi access to the Government House in Port Harcourt or elsewhere.
The story is incorrect, false, fictitious and wrong in its entirety; and calculated to mislead the good people of Rivers State, Nigerians and the general public. The Nigeria Police Force deems it necessary to place in proper perspective, the facts of the event that give rise to the wrong information being peddled in the media.
On Thursday 12th September, 2013, at about 11.00 am, a group of persons later identified to be members of the Peoples’ Democratic Party (PDP) arrived at No. 38, Forces Avenue, GRA, Port Harcourt, directly opposite old GRA Police Divisional Headquarters, a distance of about 2 (two) kilometers from the Rivers State Government House; and began to hoist party flags. The action of this group was interrupted by the rival of another group of persons, a situation that almost snow-balled into a free-for-all fight between the opposing groups.
In line with its constitutional and statutory mandates, and in order to avert an imminent breach of public peace, the State Police Command dispatched detachments of operational units to the affected area, to restore peace and forestall breakdown of law and order.
The Nigeria Police Force makes it clear, without fear of contradiction, that the presence of its personnel at No 38, Forces Avenues, Old GRA, a distance of about 2km from the Government House, was purely in the line of its constitutional responsibility of protecting lives and property, maintaining law and order and ensuring the peace and safety of citizens.

Police presence in Old GRA on 12th September, 2013 did not block the road to the Government House, in any way. It did not in any form or guise, obstruct or deny Governor Rotimi Amaechi or any other citizen access to Government House.
Against this backdrop therefore, the Nigeria Police Force calls on the people of Rivers State and the general public to disregard this wrong and misleading piece of news, as it is totally untrue in its entirety.
The Rivers State Police Command uses this medium to strongly appeal to the media who are its ally in the temple of security and peace keeping, to cross-check their facts before informing Nigerians and the general public. The media is reminded that it owes humanity the truth and nothing more or less, in the discharge of its onerous duty of disseminating information. Mischief makers are strongly advised to desist from blackmailing the Police Force and distracting it from performing its constitutional duties.
DSP ANGELA AGABE
POLICE PUBLIC RELATIONS OFFICER,
FOR: COMMISSIONER OF POLICE,
RIVERS STATE COMMAND,
PORT HARCOURT
13TH SEPTEMBER, 2013