Plot To Foist Someone On The People In 2015 Will Fail, Say Delta Leaders 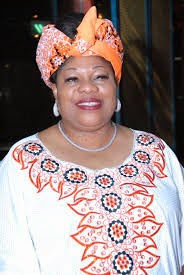 Prominent politicians, professionals and community leaders in Delta State on Sunday advised the powers –that-be against plot to foist someone on the people in 2015.
“The politics of 2015 is that of issues that have direct bearing on the well-being of the people. Therefore, anyone who wants to become governor of the state must demonstrate the capacity. His vision and determination to govern the state must be clear to the people”
Rising from a meeting in Asaba on Sunday night, the leaders described the Chairman, Nigeria Social Insurance Trust Fund, Dr. Ngozi Olejeme as the best material for the Delta State number one office.
“Delta State needs a competent and honest leader in 2015; an individual who has the will and moral courage to use power solely for the purpose of reducing the frustration and suffering of the people; a leader who is prepared to wield power in full compliance with the principles and demands of social justice and transparency; a leader who has what it takes to reconcile this potentially great state with itself and with its destiny”
“Olejeme is a woman of extraordinary accomplishments. She has a reputation for honesty and sincerity. She is also  very consistent with the ideals, beliefs and dreams of the Peoples Democratic Party (PDP)”
Chairman of Delta Leaders Forum, Dr. Maxwell Nkenchor in a statement after the meeting appealed to the good people of the state, of all shades of opinion and political persuasion to join them in working for the interest of Olejeme.
“Our ultimate goal, no matter where we stand on the political spectrum is the uplifting of state and the political, economic, cultural and social well-being of our people”.
The leaders also appealed to Olejeme not to cave in to any threat or undue influence.