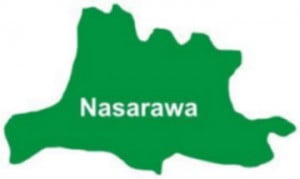 This may not be the best time for Local Government workers in Nasarawa State especially with the inauguration of elected officials by the State governor, Umaru Tanko Al-Makura last week.

In the last few months, Local Government workers  has been receiving percentage payments ranging from  50,60,70 and 80 percent,  and this has caused untold hardship to civil servants ,this has also contributed to the dearth of Local Government in the State as Local Secretariat of the various Councils have now become sanctuary for reptiles, rodents and termites.

An investigation revealed that majority of civil servants at the third tier of Governments has taken into other businesses.

The Salaries of political office holders at the Local Government level in Nasarawa State have risen from N21 million to N122million every month.

Osegba said the increased was as a result of recent inauguration of elected Chairmen and Councilors after their election on May 26.

He explained that prior to their election, salaries of appointed LG officials was based on the LG laws as operated in the state.

“But with the emergence of elected officials, their salaries are determined by Revenue Mobilization Allocation and Fiscal Commission and are the same in the whole country.

“So if measures were not taken now to boost the Internally Generated Revenue, it would further affect payments of salaries of workers at the local level, ” he added.

Osegba also announced the termination of contract with a private company ‘Casgada’ in charge of revenue collection at the LG level.

He said that the company was contracted since September 2017, but failed to deliver up to May 2018.

He said that henceforth the state Internal Revenue Service would be responsible for collection of IGR at the LGAs.

He therefore said that this measure is aimed at boosting the IGR in order to end the percentage regime.

It would be recalled that governor, Umaru Tanko Al-Makura challenged Local Government elected officials to accountable and prudent managers of resources.

He further urged them to look for other means to boost the Internally Generated Revenue to augment the lean grant from the Federation Account.