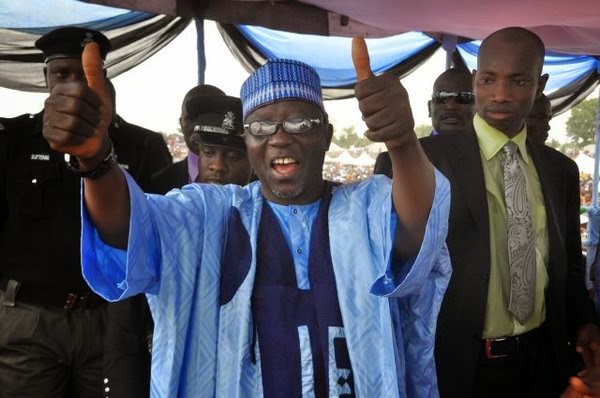 We, persons with disabilities in Nigeria hereby rise and speak unequivocally against any politically motivated and illegal impeachment proceedings instituted against our dear Governor of Nasarawa State, Alhaji Tanko Al-Makura.
Subscribe to our newsletter
We are very aware of the parochial political culture of bitter politics; zero-some politics; winner-takes-all politics; destructive oppositional politics bedeviling the political landscape of our country and therefore frown at a political culture where there is little or no tolerance among for elected office holders in government from opposing political parties who occupy other arm of government. We are in strong disagreement with the constant misuse of legislative powers of impeachment to serve selfish rather than collective, progressive and developmental purposes by members of State Houses of Assembly who have connections with Federal Ruling parties or Ministers.
We strongly consider it a shame and a big minus to our hard won democracy when elected leaders settle selfish political disputes with such revered constitutional procedures as impeachment.
We strongly condemn, reject and will stoutly resist any ill-motivated attempt to impeach Governor Al-Makura, who has no doubt endeared himself to the poorest of the poor, especially persons with disabilities, within and outside of Nasarawa State, through the implementation of inclusive and sustainable policies and programmes. It is on record that Governor Al-Makura is one of the few upright democratically elected leaders who has worked hard with the disability community in Nigeria in our seemingly endless struggle to have a National Disability Law in line with the UN Convention on Rights of Persons with Disabilities (UNCRPD). It is also on record that this Governor of “the People” is doing so much to socio-economically empower persons with disabilities.
We therefore make it clear that persons with disabilities are more determined, more than ever, to lead a stoppage to the shamelessness displayed by elected political leaders in our highly respected political offices and institutions.
Persons with disabilities have been more at the receiving end of bad governance and we shall do all within our legitimate power to ensure that leaders who protect the collective good of the people, especially the poor and vulnerable including persons with disabilities will not be unjustly removed from office.
We advise proponents of the controversial impeachment process in Nasarawa State to seek other political means of settling their selfish political differences rather than seeking to destroy good democratic governance.

Breaking: Another Case Of Ebola Virus Recorded, As Doctor Who Attended To Patrick Sawlyer Has Tested Positive