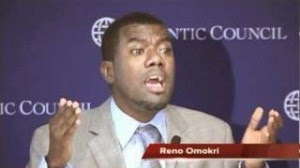 There is a difference between politics and political parties. One is a mission (or should be) while the other is a vehicle to get you to your mission’s destination.
It is, however, a misnomer for any polity to operate under the impression that political parties are vehicles for competition amongst the political class. In actual fact, political parties are meant to be a catalyst for cooperation rather than competition.
Subscribe to our newsletter
How do I mean?
If you have two teams in a relay race, the group that will emerge victorious is likely to be the one that focuses its attention on cooperation amongst team members rather than on competition with the other team.
The reason being that while the aim of the race is competition, the means by which that aim is achieved is cooperation amongst team members.
It is all part of the progression of leaders. They must grow from independence to dependence to the highest form of maturity which is interdependence.
Politics is a competition, a contest of opinions of how best to move humanity forward but political parties are, or rather should be, a cooperative of people who share similar opinions on governance.
It is very important to establish this fact for the simple reason that if these terms are not understood, society will be the loser as politicians focus on the competition. This is the origin of the phrase-when two elephants fight, it is the grass that suffers.
But what if instead of fighting, the elephants make friends? Not necessarily with each other. They can make friends with onlooking elephants, passerby elephants and unaware elephants with the expectation that he who has the most friends leads the pack.
This is the goal of organized politics. To engender a Competition by Cooperation.
A competition by cooperation is simply a situation whereby political parties focus on selling their ideas in order to attract like minds and in so doing expand their influence resulting in their dominance over a geographical area.
This is different from cooperation for the sake of competition which is characterized by making friends not because of any shared affinity but rather because of the desire to grow in number in order to dominate a geographical area.
In the former, the law of process is being obeyed. In the latter a loophole to power is being exploited.
Any student of power should know that not only is power transient but that it comes over time not overnight.
What onlookers call an overnight success in the power game is often an over time preparedness: being ready when opportunity comes.
But what is the purpose of these revelations? Why is it important to know the difference between Competition by Cooperation and Cooperation for the purpose of Competition?
The purpose is the avoidance of unintended consequences that are the result of the wrong pursuit of power.
It was the philosopher, George Santayana, who said “Those who cannot remember the past are condemned to repeat it”.
As we approach 2015, we must remember what happened in 2011, specifically the post election violence, and learn from it so that we do not repeat it.
Much has been written about why the violence occurred but one take away that came out of a study of the causes of the disturbances is the phrase “crisis of expectation”.
In summary, the crisis of expectation was a mind set of entitlement whereby some persons had engaged in zero sum calculations that given their cooperation with certain individuals and institutions they ought to emerge victorious in the elections.
In other words, their cooperation was driven by their ambitions rather than an ideology for the advancement of humanity. Because it was driven by ambition, it was not attractive enough to receive the buy in of people other than die hard supporters. In essence, they were preaching to the choir instead of attracting new converts.
You cannot convince a woman that she must marry you simply because in your opinion you are more attractive than all her other suitors. Most likely she will consider you arrogant and end up rejecting you.
To win her heart, you must charm her by genuinely getting to know her- her likes and dislikes. You cannot do the things you like and expect to sweep her off her feet no matter how noble your interests are. To win her heart, you must find out what she likes and learn to genuinely like them yourself.
You cannot push it. You must let it happen naturally. And if it was meant to happen then the love will come.
In other words woo her and be prepared to accept the consequence. You cannot dictate the wooing and the consequences without suffering from a “crisis of expectation”.
This gentle reminder has in my opinion become necessary due to the sheer volume of recent material written to accuse voters of falling sway to the so called ‘stomach infrastructure’!
Politicians must understand that the heart wants what the heart wants. You cannot explain why the heart behaves the way it does. As a politician, you just key into the heart.
But when you come into politics and refuses to allow politics come into you (preferring to remain a technocrat, an academic or a soldier) what happens is that you become prone to applying solutions to problems that they were not intended for.
As a leader, you will undoubtedly see farther than the populace but you cannot stay on the mountain top and expect them to rise to your level and share the view that only you can see.

You have to go down to the valley and shepherd them to the mountain top and if it means dancing kunkere music and eating guguru ati epa with them on the way there, then you do it.
That is not stomach infrastructure. That is wisdom!
The problem however with those who cooperate to compete is that they think that a man who brings himself down to the lowest level of his people is incapable of rising to their very high levels.
But as John Bunyan wrote in his famous poem “he that is down need fear no fall”. He can only rise!
They forget that a wise man can act as a fool but a fool can not act as a wise man.
When President Jonathan does not respond to their insults, it does not mean that he is timid. When he develops opposition strongholds as evenly as he develops the rest of Nigeria, it does not mean that he is a fool.
It means that he competes by being cooperative and Nigerian citizens are beginning to see that this approach is working for Nigeria.
President Jonathan has climbed down to the valley to take all Nigerians to the top of the mountain and is eating guguru ati epa and drinking fura de nunu with them all the way up!
Almajiris are going up with him, agberos are coming along for the ride, Onitsa Market traders are not left out. Every Nigerian has felt a lift under Jonathan. He is not high minded.
Which other Nigerian at his level can make the public declaration he made saying “I am loyal to Nigeria’s economy. I don’t have accounts or property abroad”.
His detractors in the opposition may continue to attack his person and his record but that will not save them neither will it change the impression that the average Nigerian has of President Jonathan as a silent achiever.
Rather, their actions have shown Nigerians that they look good from afar but when you come near them they are far from good.
For the three years President Jonathan has been in charge of Nigeria, his tendency to compete by cooperation has yielded tangible political benefits in that there have been no executive/legislative face off or power tussle between the President and the vice President.
Contrast this with the opposition. At least two of their states have or had the unenviable situation where the governor and his deputy belonged to opposing political parties. This is still the case in Sokoto.
In at least two other of their states, the governor and his mentor who was the big strong hand God used to get him elected are at loggerheads such that the men who got them elected into office want to become the men who will get them ejected from the same office.
In yet more of their states, the pioneer members of their new opposition party left it to join the Peoples Democratic Party rather than stay in the same party as the governor because they know that disloyalty is a habit and it is only a matter of time for a man who was disloyal to his mother to display disloyalty to his step mother.
Whereas President Jonathan has a history of being loyal to the electorate, his party and those whom God chose to be his boss, none of the the top echelon of their party can say the same.
Do a background analysis and you will find that you cannot name one person among them who has remained faithful to one political party and shown loyalty to his boss.
It is for these reasons I have stated above that Nigerians constantly reject their criticism of the President as self serving and deceitful.
Who will take a dictator who criminalized truth telling serious when he accuses the man who signed the Freedom of Information Bill into law of being a dictator?
Who will take a man who tried to usurp his boss serious when he accuses the man who remained faithful to his own boss of being over ambitious?
Who will take a man under whom two deputies were impeached serious when he accuses a man under whom a deputy flourishes as intolerant!
Nigerians are no fools. They will not take hygiene advice from men with body odour when they can get it from a man who smells as fresh as a baby!
Reno Omokri is Special Assistant on New Media to President Jonathan.