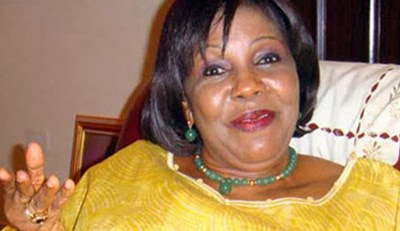 Subscribe to our newsletter
It  was learnt yesterday that President Goodluck Jonathan fired his Special Adviser on National Assembly Matters, Senator Joy Emordi, following a shouting match with a minister at the Presidential Villa on Thursday.
It has also emerged that Special Adviser on the New Partnership for Africa’s Development (NEPAD), Dr. Tunji Olagunju was sacked mid-air while in transit to the United Nations General Assembly in New York.
Investigations by our correspondent show that Emordi had gone to the Villa to draw the attention of the President to a few issues including the alleged inducement of members of the House of Representatives with $25,000 each to disrupt some activities in the House.
She was said to have advised that the Presidency should caution those behind it in order not to cause a strain in the relationship between the Executive and the Legislature.
Although the Presidency denied involvement in the alleged bribery saga, a minister was alleged to have flared up and taken on Emordi.
A source said: “The minister did not see anything wrong and asked Emordi if she wanted loyalists of the President to keep quiet while Jonathan was being intimidated. Emordi stood her ground that lobbying on any issue in parliament could be done without inducement.”
She also said as a Special Adviser, she owed the President a duty to say the truth. She said it was a “mistake” to introduce money into legislative issues.
“The atmosphere became charged at the Villa with the minister saying: “Mr. President, you can see that some of your aides are not loyal at all, I don’t know why you are keeping them.”
The source said the shouting match was a further pointer that Emordi’s days in government were numbered. Elements within the presidency have reportedly not been comfortable with her silence on the emergence of ‘New PDP’ legislative caucuses in the Senate and House of Representatives.

They are said to have blamed her for not being proactive in frustrating a gang-up against the Presidency in the National Assembly- especially the House of Representatives.
It is claimed that Emordi assured the Presidency that she had secured the assurances of Senate President, David Mark and Speaker of the House, Aminu Tambuwal, that the G-7 governors and the Abubakar Kawu Baraje faction would not be allowed to pay courtesy visits to the National Assembly last Tuesday.
Her critics say her weak posture forced the pro-Bamanga Tukur forces to resort to Plan B – the disruption of the visit of G-7 governors and Baraje led PDP to Speaker Tambuwal.
Another source, however, claimed that the situation in the National Assembly on Tuesday was beyond the control of Emordi. There was a last-minute “gentleman agreement” in order to prevent revolt in the two chambers by the New PDP and the opposition.
He said: “The leadership’s stand not to receive the New PDP changed when it got assurance from the Baraje-led party leadership that they will give maximum support to Mark and Tambuwal leadership. This was why the Senate President and Tambuwal changed their mind and receive them.
Prior to the resumption, Mark is said to have had private audience with Rivers State Governor, Rotimi Amaechi to get assurances that all was well and the National Assembly would not be turned into a battle ground.
The G7 governors also reached out to the legislative leadership and gave commitment that the new PDP will not support or encourage any change at the helm. They told the Senate President and other principal officers that they should be neutral in the battle between the old and new PDP.
Also the senators from the North-Central, where the Senate presidency was zoned to by the Peoples Democratic Party assured the Senate leadership that they remain loyal. Senator Abdullahi Adamu from Nasarawa State and Senator Abubakar Bukola Saraki of Kwara State personally assured the leadership that their loyalty was to Mark’s leadership and promised not to sponsor any leadership change in the red chamber
It was after receiving these assurances that the leadership agreed to receive the new PDP despite pressure not to do so from Tukur and the Presidency.
Meanwhile, the statement on Olagunju’s sack was said to have been issued shortly after he was airborne to New York. The adviser who travelled in the First Class cabin of the British Airways, received news of his removal when he arrived London at about 3pm. There are still no clear explanations for his sudden removal.
Source: The Nation