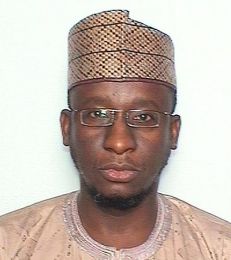 For Honourable Auwalu Dahiru Saleh a member of the 7th National Assembly representing Katagum Federal Constituency of Bauchi State, he has always been on the wrong side with members of his of constituency, who are aggrieved that he is not representing them well.
Just recently the Honourable member was beaten for the third time, this year. The Bauchi State lawmaker, two weeks ago received beaten from members of his constituency.
As gathered by universalreporters.info it all started when the three parties, the ACN, ANPP, and CPC held a zonal meeting in, Azare Bauchi state, to elect their leaders from that zone.
Subscribe to our newsletter
However, for Hon. Dahiru he wasn’t lucky as angry members of his constituency mostly youths began to beat him up even before the end of the meeting.
As gathered by the time the meeting ended, he faced real beating, according to an eyewitness.

The eyewitness also said that when the issue became high, it took the intervention military personnel who came in with their Armored Personnel Carrier, APC who were invited to the scene of actions, it was this juncture that the crisis, was quelled down.
However, they witness said that the said lawmaker was booed by the aggrieved members of his constituency who were branding him different names, such names they called him were thief, liar, hypocrite among other derogatory names.
The insults continued as he was cajoled and called all sorts of names, meanwhile the angry constituents has vowed to continue to beat  him whenever he comes to his constituency.
It will be recalled that this medium had reported of the Honourable member being beaten up before as this was not the first time he was beaten up by his constituency.
It is on record that this medium reported that on Sunday 28th April this year, the same man met his Waterloo when he embarked on a journey to pay a condolence to his divorced wife over the death of her father Ciroman Katagum, a journey which later turned out to be sour for him.