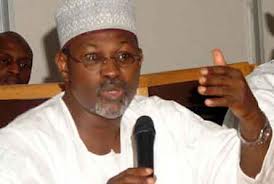 The race for the presidency is shaping up. In the right-place-right-time theory of politics, the moment matters. It’s scary to visualize what the political landscape will look like in 2015. For sure, there will be events that will try our souls between now and then.
With the disappearing act of President Goodluck Jonathan, Nigerians are looking for the next strongest leader to take over. Nigerians are fed up with the leadership of Mr. Jonathan. In the absence of a leader, Nigerians are like sheep without a shepherd and weyearn for a leader. Like any other group of people, we focus on our immediate felt needs, we struggle with delayed gratification, we feel insecure and begin to worry without abundant signs of hope, and we always ask: what has the leader done for us lately?
Subscribe to our newsletter
Leadership, like life, is the sum total of the decisions we make. Every decision has consequences. The president decides how he’ll respond to issues, decides on the size of the budget, decides on whom to hire, and decides what values and priorities are worth fighting for, and most importantly, decides what will be his legacy.
It is evident that the three-year presidency of Mr. Jonathan portrays him as a leader who lacks commitment, suffers from a scattered focus, looks for excuses, forgets the big picture, go public with private thoughts, behaves inconsistently, creates poor relationships, and avoids change.
For 2015, we want a leader who will separate himself regularly from the crowd. A leader who will pursue truth over popularity, a leader who is willing to take risks, who is ready to be watched by the public even though it feels intimidating to be watched and scrutinized.
We want a leader with character, a leadership with competence – ability to get the job done and leadership that produces results. We want a leadership with conviction – a leadership that has backbone, someone who will always stand for what is right. Tomorrow’s production begins with today’s preparation. We need a leader that will solve problems because the fastest way to gain leadership is to solve problems.
The cost and expectations of leadership are high and expensive. The failure of a leadership usually results in consequences far more greater than the fall of a non-leader. We want a leader that will live at a standard higher than others. A leader that cares for the interest of the poor, who live with integrity and keeps his word. We want a leader that managestime and the nation’s resources well.
Nigerians want a leader who is ready to listen to the people, who practice patience of silence and submission. He must be faithful and committed as a trustworthy partner of the people. We want a leadership with charisma, a man who enjoys a sense of giftedness.
Example is the most important tool a leader possesses. People do what people see. We need a leader that will set example. “Example is not the main thing influencing others,” says Albert Schweitzer, “it is the only thing.”

I remember an incident of leadership by example that took place when I was in high school. Our principal – a strict disciplinarian – had warned us several times to stop dumping refuse at a particular spot near the hostel. We refused to use the new pit dug for that purpose because it was a bit far from the hostel. Over time, the refuse pit had become a dunghill. Well, one day after the morning assembly, in his characteristic style of leadership by example, our principal gave the marching order: “Follow me.” We all lined up behind him. He headed straight to the dunghill. Without a word, he bent down and with his two hands grabbed his own piece of the dirt. Without any hesitation, mumbling, or grumbling,we all snatched our share of the mess. Within few minutes, the whole mess was gone. End of story!
By now, Nigerians are sick of scheming leaders who will do anything for the sake of power. Our political history shows that our leadership revolves around Machiavellian leadership style based on amorality, deception, power, ego, and personal advantage. By contrast, the leadership style required for 2015 should be based on morality, truthfulness, servanthood, humility, and meeting the needs of our people. It should be a leadership based on self-giving and not self-preservation.
We need a leader who projects confidence, strength, hope, optimism, and sincerity who can always inspire Nigerians through personal power in seemingly hopeless situations. In the darkest days of the Second World War in 1940, British Prime Minister Winston Churchill addressed the parliament: “I have nothing to offer but blood, toil, tears, and sweat,” he said. “We have before us an ordeal of the most grievous kind. We have before us many, many long months of struggle and suffering,” he assured the Brits.
Despite Churchill’s depressing words, it was the realistic assessment of the crisis faced by Britain. Indeed, as it turned out, those words lifted the morale and ignited the fighting spirit of the British people. With defiant courage, Churchill declared: “You ask, what is our aim? I can answer in one word: Victory. Victory at all costs, victory in spite of all terror, victory, however long and hard the road may be, for without victory there is no survival.” This is the type of president Nigeria needs. We don’t need a skilled manipulator with superficial charm without the experience, ability, values, and character that make an authentic leaderas president.
In a nutshell, the next president of Nigeria must be a leader with a sense of “I am eager” meaning a sense of passion and urgency about reaching Nigerians and meeting their needs, a sense of “I am obligated” that is, a feeling that he cannot do anything else vocationally, and a sense of “I am not ashamed” by way of conviction to do what others may think illogical.
So, let the race begins!
[email protected]

Nasarawa Deputy Governor Defies APC, Says I Have No Regret Over My By Utterances By Rabiu Doma,