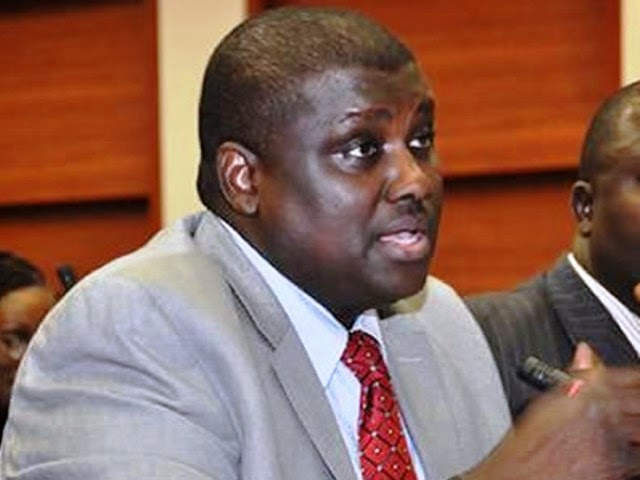 The President of the Association of the Federal Public Service Retirees, Chief Emmanuel Omoyeni has requested President Goodluck Jonathan to reinstate the disbanded Pension Reform Task Team as the pension funds looting era has come back and Nigerian pensioners are suffering.
Subscribe to our newsletter
Chief Omoyeni made this request in an open letter to the President made available to the press, stressing that there was no reason for the disbandment of Abdulrasheed Maina led Team that has provided a permanent solution to the pensioners’ plights in Nigeria.
Omoyeni stressed that “The Task Team succeeded in meritoriously executing its assignment. Consequently, the Task Team traced and recovered stolen pension funds / properties running into Billions of Naira from corrupt government officials. It cracked down on the notorious pension cartel, caused their arrest and prosecution, which is the first of its kind in the history of governance in Nigeria”.
He stated that “the restructuring was successfully ongoing and the Senate Pension Committee abruptly came in and stopped it on the basis of false allegations against the Task Team that no culpability was ever established against it. This is evidenced by the Federal High Court Case (Maina versus Senate) Ruled in favour of the Chairman PRTT”.
He added that “Senator Etuk as reported largely by the media of his role in faking the signatures of his colleagues to pass a Bill on the Pension Reform Act 2004 and for his alleged collusion with the pension thieves to collect Billions of Naira from them as bribe, to discredit the Team by creating a false report that misled the Senate, this really showed that Etuk’s questionable integrity.
Omoyeni charged President Jonathan to reclaim these most impressive transformation achievements of the pension system as prior to his assumption in office, pension problems reached the extent that nobody was sure of regular and proper payment of pensions. Thousands of retirees suffered untold hardship and many died. All these predicaments were due to large scale corrupt practices in the system.
Omoyeni further stated that Mr President’s sincere determination and commitment to the transformation of Nigeria brought about the inauguration of the Task Team, which comprised officials of ICPC, EFCC, NIA, SSS OAGF, OAuGF, OATGF, PCC, and other paramilitary agencies under the leadership of Dr Abdulrasheed Maina to restructure and sanitize the old pension system.
The President of the Federal Public Service Retirees earnestly implored President Jonathan to reinstate the PRTT for the following reasons:
·        The Pensioners’ authentic Biometric database of which the Federal Government has so far expended a lot of resources with the combined selfless effort, patriotism and vigilance of the Antigraft and security agencies, is not in use because it is in the custody of the Task Team.

·        The Smart Cards produced by the PRTT with the intention of  stopping  the incessant verifications that caused the death of many pensioners; and equally will serve as proof against further stealing of pension funds through bogus verification claims.
·  There are over 142,000 pensioners’ files painstakingly produced and converted into electronic filing system by the Team. These are very important assets without which the pension system could not be documented for efficient management.
·        The Electronic Pension Management System (e-pms) developed by the PRTT is a platform through which the Pension’ funds could be transparently monitored by EFCC, ICPC, SSS, Police and equally serves as an effective mechanism against corrupt practices has not been concluded by the PRTT.
·        The record of pension arrears payment for over 52,320 pensioners of which without referring to it, the Pension Transition Arrangement office may repeat payment is with the PRTT.
·        It is important to note that a successful pension transition would never be achieved without the PRTT conclusion of the restructuring of the pension offices because of the dependable ways and means of managing the affairs of old pension system is at the disposal of the Task Team.
Chief Omoyeni made the following prayers:
1.      In view of these commendable efforts already put in place by the PRTT, We respectfully request His Excellency to direct the PRTT under its capable Chairman to immediately resume duty and conclude these assignments.
2.    His Excellency to please provide PRTT with all necessary resources to finish the pension restructuring of the entire pension system.
3.    His Excellency to kindly confer National Honours on the entire members of the PRTT for the unusual selflessness and sacrifices they have offered to this country.

One Wife, Worn Car: Two Of A Kind