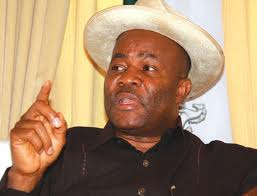 In what appears to be their personal estates, the brothers of the Akwa Ibom State Governor, Chief Godswill Akpabio have remained unruffled in their continued milking of the treasury of the 31 local governments in the state.
A source close to the Local Government and Chieftaincy Affairs Ministry revealed that the trio, Emem Akpabio, Prince Akpabio, and Ibanga Akpabio, who are now known as “LG Treasury Breaker”, do not hesitate in cornering monthly allocation meant for the payment of staff salary and other developments.
Subscribe to our newsletter
“Has anyone wondered why local governments in Akwa Ibom state are loaning money from banks for payment of staff and other recurrent expenditures? This is because Akpabio’s family members namely Emem Akpabio, Prince Akpabio, and Ibanga Akpabio in connivance with the commissioner of Local Government and Chieftaincy Affairs are milking from local government funds as though it is their personal corporation.” The source explained.
As at the time going to the press, they’re said to have looted more than N60 million just this month alone from all the LG treasury. That is, N2m from each Local Government. Investigation revealed that, though  the council chairmen have become fade up with this criminal practice, but they cannot complain openly for fear of being removed from office or be eliminated.
A Personal Assistant to one of the LG chairmen who did not want his name in print for fear of victimization confided in this reporter that his boss once complained of this fraudulent practice and was asked by the Akpabio brothers to tender unreserved apologies within seven days or face their wrath.
“My boss had no option than to apologize to them in a written letter.” The PA said. An impeccable source also hinted that each month, in anticipation of allocation to Local Government councils, the ‘Treasury Breaker’ will come up with a grand design on how to remove huge amounts of money from local government allocations.
“I can confidently tell you that in March alone, they removed N10m from each LG for what they called “security seminar” which did not even take place. Emem Obot  Akpabio himself was the mastermind of this” the source said.
It was equally gathered from our source that the recently distributed SUVs to all the local government heads was a plot to scoop millions of Dollars from the LG account by Prince Akpabio who scaled up the price for his personal gain.
“Truly, 35 Lexus SUVs valued at about $80,000 each were purchased and supplied to each LG chairman. Who was behind this project? Prince Akpabio!”

We also uncovered a plot by the trio of Emem and Prince Akpabio in partnership with the Commissioner for Local Government and Chieftaincy Affairs, Mr. Effiong Abia to distribute 25 unspecified brand of  vehicles to party top brass in the state
“As I’m talking to you now plans are also underway for him to supply a total of 25 vehicles to party executives. All expenses to be paid or deducted  from Local Government allocation. Ibanga, Emem and Prince also collaborated with the commissioner of local government about four months ago to remove N80 million from LG allocation. My question is how long shall this continue?” The source lamented.
However, one stunning fact was also, laid bay-the recall of daunting  Senator Aloysius Etok. This time around, it was Barr. Emmanuel Eno-Idem who cashed in and fund-raised in league with the  trio to recall Etok for daring to say @there’s no vacancy” in the Senate seat of Ikot Ekpene Senatorial District.
“The recall of Sen. Aloysius Etok Was a fund raising project for Bar. Enoidem to the tune of N31m, a million naira from each local government to embark on the recall of Sen. Etok but once the party at the state level stepped into abort the recall, Bar. Enoidem did not only keep the money, he kept mum and shared it with the Akpabio’s…”
However,   Dr. Clement Bassey who was not in support of the recall of Sen. Aloysius Etok was immediately axed by Governor Akpabio himself, even as he kicked him out of office as commissioner
“Do you ever wonder Governor Akpabio dropped Dr. Clement Bassey  from his cabinet and replaced with Engr. Iboro Ekanem? This is because Engr. Ekanem raised the motion for the recall Sen. Etok. Both men are Sen. Etok’s clansmen.
There is more to this breaking of the local government coffer by the Akpabio brothers than meet eyes,” the source summits.
Source: Global reporters Vienna