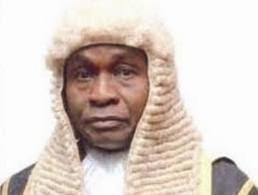 The National Judicial Council, NJC, at the end of its two days crucial meeting in Abuja, Thursday, found the former Chief Judge of the Federal Capital Territory, Justice Hassan Gunmi, who had resigned to become an Emir in Zamfara state, guilty of judicial corruption.
In a statement, Thursday, the council, said it was satisfied that the ex-CJ, perverted the course of justice in a case involving a company, Nestello Gateway Group, and the Governor of Zamfara State, Alhaji Abdul’aziz Abubakar Yari.
Subscribe to our newsletter
While describing the conduct of Justice Gunmi pertaining to the case as “most unethical and highly reprehensible”, the NJC, said it decided not to take punitive measures against him considering that he had voluntarily bowed out of office.

The council however warned that “henceforth, any similar misconduct by any Judicial Officer in the Federation will be visited with severe sanctions.”
Besides, the NJC issued a stern warning to Justice M.A. Onyetenu of the Federal High Court for granting ex-parte order without hearing the pending motion and applications in a suit between one Evangelist Charity O. Akah vs Alpaca Price Nigeria Limited and another.
The statement which was signed by the Acting Director of Information at the NJC, Mr Soji Oye, read: “The National Judicial Council at its 63rd Meeting which was held on July 17 and 18, 2013, deliberated on the Report and recommendation of its Committee that investigated the petition forwarded to it by Nestello Gateway Group in Suit No. FCT/HC/CV/486/10 against Hon. Justice Lawal Hassan Gummi, OFR, the former Hon. Chief Judge of High Court of FCT, Abuja.
Source: Vanguard