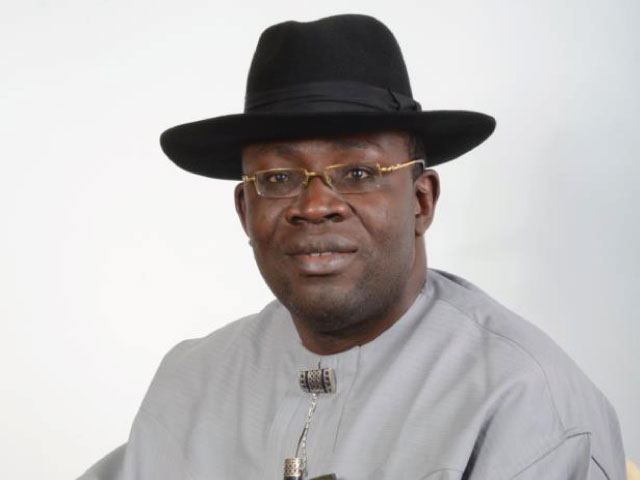 The Governor of Bayelsa State, Hon. Seriake Dickson has applauded the publicity arm of the Peoples Democratic Party for effectively projecting the image of the ruling party despite the unrelenting vicious propaganda and attacks unleashed by the opposition.
The governor who stated this at the opening of a two-day retreat on capacity building for PDP zonal and state publicity secretaries in Yenagoa, Bayelsa state capital, also charged the party’s publicity officers at all levels to redouble their efforts in showcasing the achievements of officials who are elected and appointed on the platform of the party across the board.
Dickson, who was represented by the Secretary to the Bayelsa State Government, Prof. Edmond Allison-Oguru said President Goodluck Jonathan, state governors and other PDP elected and appointed officershave made landmark achievements irrespective of the challenges facing
the country but noted that they remain under-reported in the media.
The governor therefore urged the publicity officers to take full
advantage of the retreat to brain storm and acquire new skills for effective projection of the image of the party .
Delivering his welcome address, PDP National Publicity Secretary, Chief Olisa Metuh said the retreat provides the platform to enhance the capacity of PDP publicity officers at all levels to further project the image of the party as well as the achievements of PDP-led administration.
Metuh described the participants as cardinal for an effective internal and external party communication and assured that the publicity machinery of the PDP would remain steadfast in disseminating only the truth without compromising the standard it already set despite the deluge of wicked lies and half truths being the fed the public by the opposition.

He added that the PDP, as a party saddled with the sacred mandate, freely given by over 160 Nigerians shall remain committed to democracy and good governance and urged the zonal and state publicity secretaries to spare no efforts in propagating this at the grassroots.
“There is no zone, state and local government where the PDP has not positively touched lives in different ways. These achievements dotting the nooks and crannies of the country are under reported and in some cases, claimed by the opposition. These achievements are our answers to the torrents of lies and misinformation by our opponents. We must therefore emerge from this retreat, fully recharged to squarely face these challenges”, Metuh said.
Delivering the lead paper on crisis communication, former Senate Spokesman and current Chairman, Senate Committee on Works, Senator Ayogu Eze described the retreat is a product of fertile minds and advocated pro-activeness and “unity of voices” as a recipe for navigating a successful party publicity at all seasons.
Senator Eze applauded the PDP publicity for effectively handling of the image of party especially during its trying period a few months ago even as he charged the publicity officers develop more strategies that will enable the party remain in control of political debates in all spectrum of the media.
Resource persons at the retreat were former PDP National Publicity Secretaries, Prof. Rufai Alkali, Hon. Emmanuel Ibeshi and Barr. Tony Caesar Okeke, Special Adviser to the President on Publicity, Dr. Doyin Okupe and his Social Media counterpart, Reno Omokiri,
Also at the retreat organize by the office of the PDP National Publicity Secretary in collaboration with the International Republican Institute (IRI), were former Director General of the Peoples Democratic Institute of the PDP, Dr. Anthony Ubani and Christine Burtt, a professional political party communication expert and the IRI Resident Country Director, Robina Namusisi.
Signed:
Richard Ihediwa
Special Assistant to PDP National Publicity Secretary