Despite Defecting To PDP, My Deputy Will Enjoy His Entitlements, Governor Al-Makura Says 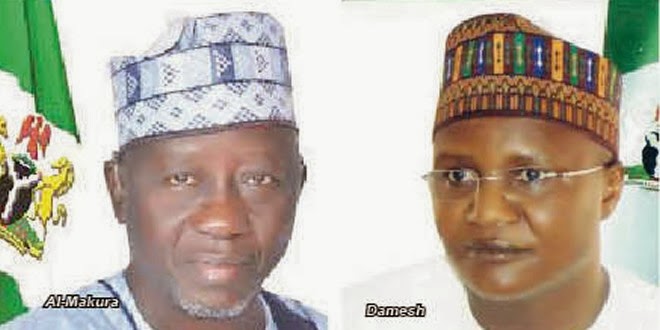 Governor Umaru Al-Makura of Nasarawa State has said that in spite of his Deputy, Damishi Luka, defecting to Peoples Democratic Party, he will accord him his right as enshrined in the Nigerian Constitution.
Mr. Al-Makura made the statement in Lafia on Thursday when commissioners in his cabinet paid him a solidarity visit at the Government House.
Subscribe to our newsletter
“Damishi Luka remains my Deputy and I am duty bound by the constitution to accord his office all its dues and entitlements,” Al-Makura said.
He, however, described “the defection as a tip of the iceberg of an onslaught orchestrated against the present administration in the state.’’
He said those bent on seeing the downfall of the state would not succeed, adding that the defection of his deputy would not in any way change the zeal of his administration to provide good governance for the people.
Al-Makura said he bore no grudge against his deputy because of his action but urged the people to remain calm.

He thanked the commissioners for their support and said there was nothing more rewarding than the commitment and loyalty they demonstrated toward ensuring good governance for the people.
The governor reiterated his resolve to adhere to the principle of social justice for the benefit of all citizens of the state irrespective of social, religious or ethnic leaning.
The Commissioner for Health, Emmanuel Akabe, said on behalf of his colleagues that they would continue to support the governor.
He urged the governor to disregard rumours of any planned defection of commissioners in the state to another party.
“There is no reason why we should work toward pulling down the house we are all helping to build,” Mr. Akabe said.
Mr. Luka on March 4 defected to  PDP, citing exclusion by the state All Progressives Congress as reason for his action.
Source: (NAN)/Premium Times