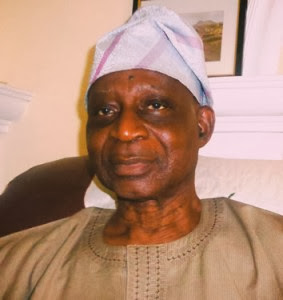 The Middle Belt Forum which presented its expectation of the proposed national dialogue at the North Central Zonal Consultations in Jos yesterday through former Minister of Information, Professor Jerry Gana, said it welcomed the proposed conference, especially if it would not possess sovereign status and would not  discuss ways to break up the country.
The Forum raised objection to a sovereign status for the conference in view of the existence of the National Assembly, just as it argued that the 21st century is a century of big nations.
Subscribe to our newsletter
The Forum suggested that the report of the conference should first be subjected to a national referendum before it could have force of law, to ensure that the final product of the conference does represent the will of the people
Similarly, the Forum suggested the inclusion of every tribe spoken in the country on the basis of equality, just as it canvassed a representation of professional associations, civil society groups, women and youth and other interest groups, in order for all shades of opinion to be accommodated at the conference.
The Middle Belt Forum which was represented at the North Central pre-conference consultations in Jos by leaders from the states of Benue, Nasarawa, Kwara, Kogi, Niger, Plateau, Taraba, Gombe, Southern Borno and Southern Yobe, as well as the Federal Capital Territory (FCT) called for more states in the Middle Belt, to resolve what the Forum called lingering complaints by certain minority groups.
Professor Gana who emphasised The Middle Belt Forum’s preference for Nigeria remaining together both while reading out the Forum’s position to members of the Presidential Advisory Committee on National Dialogue and stakeholders who attended the North Central stakeholders Consultations and during an on-the-side press interview, said, “We hope it is not a conference to dismember Nigeria. We have paid the price of unity by souls of so many of our people. Our expectation is that the conference would give Nigeria a robust opportunity to live together under one God. The 21st century is a century of big nations, we would always be better together.”
On the question of the status of the confab, Jerry Gana said a sovereign national conference would clash with other sovereignties, such as the National Assembly which proponents of a sovereign conference should not wish away, “as we the sovereign people of Nigeria elected people into the National Assembly.”

The Forum, asking for state creation in the Middle Belt to be an agenda for the proposed confab, said too many groups still exist around the Middle Belt which feel that they are not getting fair treatment in the states where they currently exist.
“We need more states in the Middle Belt,” the Forum said.
The Middle Belt Forum
asked for a devolution of power from the Federal Government to other levels of government. “We believe there is too much concentration of power at the centre, “the Forum said, asking that much of the powers should be devolved to the state and local council levels.
The Forum also proposed a thorough  treatment of indigeneship issue, which it said is a sensitive issue around the Middle Belt. The Forum said, “Indigineship is a sensitive issue. We must together analyse the situation and come up with a solution.”
The Forum suggested
that the proposed conference should take the form of a Parliament with committees to handle specific issues, just as it advocated six months within which the conference should last.
Delivering his opening address earlier, chairman of the Presidential Advisory Committee on National Dialogue, Senator Femi Okurunmu said the Committee was holding consultations with sections of the country because it needed the input of Nigerians from diverse backgrounds.
The chaiman said, “We want the conference to be by the people, not anything imposed from above. We’ve come to hear from you what issues you feel should be treated at the conference. We also want your input on how members for the conference should emerge. We also want you to say how you want the result of the conference to be treated in relation to the constitution.”
The North Central pre-dialogue stakeholders consultation in Jos was marred by a late start, as the meeting which was scheduled for 10 am could not start till 1.12 pm when members of the presidential advisory committee arrived venue of the meeting with apologies that did not impress people who had been waiting for hours.