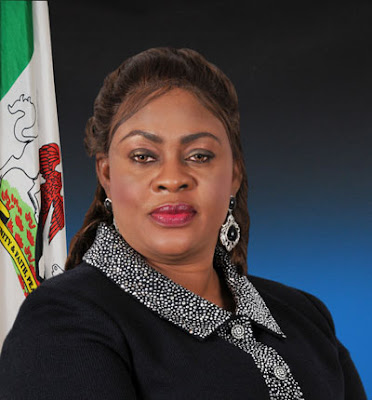 MINISTER of Aviation, Ms Stella Oduah, has taken the lobby to retain her job to Israel, where she plans to see President Goodluck Jonathan.
The minister, who was said to have found it difficult to see the President in Abuja since the scandal broke out, was said to have also sent many emissaries to speak with the President on the matter.
Subscribe to our newsletter
Though official sources said Oduah was in Israel to sign Bilateral services agreement on behalf of Nigeria with Israel.
It was gathered that she would use the meeting to inform the President that those mounting pressure on him to sack her were his political enemies who did not want him to contest the presidential election in 2015.
A source close to Oduah said, “The minister would use this argument to sway the President to her side.
“She would inform the President not to allow his enemies triumph over him and should also know that if those enemies succeed in pushing her out, then many of the trusted aides of the President would be the next target.”
It was also gathered that the meeting would also afford the minister the opportunity to seek audience with  the National Security Adviser to the President, Sambo Dasuki, who is one of the members of the administrative panel set up by the President to investigate the minister. Sambo is also in Israel.
The minister played an important role during the 2011 presidential campaign by overseeing Neighbour-to-Neighbour, which was considered to be one of the potent propaganda arms of President Jonathan campaign organisation was then.
She is said to have been also pencilled down to play a more important role in 2015 for the President.
Apart from this, the minister was said to have marshalled out some points concerning the purchase of the controversial vehicles.
One of which was that the documents of the vehicles did not bear her name.

A statement signed by the spokesperson for the Nigerian Civil Aviation Authorities, Mr. Yakubu Datti on Tuesday confirmed this.
Datti said, “No mention is made of the fact that, of all the documents paraded for the vehicles, none mentioned the name of the Minister of Aviation.
But the Special Adviser to the President on Media and Publicity, Dr. Rueben Abati said, Oduah decided to travel to Israel ahead of the President rather than waiting to be part of his entourage, because presidential delegation was usually divided into segments.
He said in most of the trips, relevant ministers were expected to travel ahead in order to do the ground works for the President and brief him on arrival.
He said, “Presidential delegation is divided into segments. The President has a main body team that travels with him. Some people can travel ahead of him, it is not everybody that can travel with him. How many people can the presidential aircraft carry?
“That the minister travelled ahead of him is not an issue. Ministers usually go ahead of the President to do ground work, if there are meetings to be done before the President’s arrival, they would have done them. That is how it is done.
“In many of these trips, there will be pre-event meetings that ministers would have attended so that when the President comes, they will brief him. This is not an issue.”
Abati also said that the Presidency did not grant the NCAA any approval to procure the controversial N255m vehicles for the embattled minister.
In an interview with one of our corespondents, Abati, dared the NCAA to produce the approval if indeed such existed.
“That is not true. If they have a presidential approval, let them produce it. People are just trying to politicise the issue. The President has already set up a panel to investigate. That panel has the responsibility to look at all issues that may come up and all issues that have already come up.
“I think people should stop speculating. We should allow that panel to do its job. We should not politicise its work. What they can remain assured of is that the President is interested in the matter,” Abati said.
Source: Punch