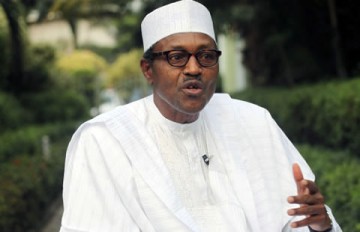 Former head of state and chieftain of the All Progressives Congress (APC), Gen. Muhammadu Buhari, has issued a seven-day ultimatum to the Peoples Democratic Party (PDP) to retract its wild accusation linking him with the Boko Haram terrorist acts, tender an unreserved public apology to him or face a legal action.
Subscribe to our newsletter
In a statement he personally signed in Kaduna on Thursday Gen. Buhari said: ”I cannot sit back and allow my image, and that of my political party be smeared by falsehood in the name of politics.
”He said the widely publicized and very serious allegations made against him by the PDP and its spokesman, Olisa Metuh, to the effect that his utterances were responsible for the current state of insecurity and terrorism bedeviling Nigeria, were absolutely without basis
”To support his claim, Mr. Metuh engaged in twisted logic and outright distortion – which he called facts – in which he said that I, Gen. Muhammadu Buhari, beckoned on my ‘supporters to go on lynching spree’ should I lose the 2011 presidential election, as a result of which ‘an unprecedented violence broke out claiming the lives of hundreds of innocent people.
”I take very serious exception to this grave accusation against me by the PDP Publicity Secretary. It is a false allegation aimed at tarnishing my image and reputation in the hope of destroying my political and electoral standings, and that of my party, the APC, in the country.
”Firstly, it is public knowledge that Boko Haram as a terror organization long preceded the 2011 presidential elections. My utterances or lack of them on the 2011 presidential election could not therefore have created nor sustained the Boko Haram insurgency.

This Report was accepted by government and a Whitepaper issued. Nowhere in that Report, a product of thorough investigation of that unfortunate incident, was I mentioned in the remotest way to have uttered a word or acted in any form or manner that sparked off the violence. If I had, certainly that investigation would have uncovered it. The truth is that I had not.
”Thirdly, 2011 was not the first time I contested a presidential election and was declared defeated, it was the third! If I had had no cause to ‘beckon on my supporters to go on lynching spree’ in the two previous occasions, I would have had no cause to change in 2011 – and I did not,” Gen. Buhari said.
The APC chieftain sald the PDP National Publicity Secretary also deliberately misquoted the interview he gave in Hausa on May 14, 2012 in which he said the opposition was determined to fight in the 2015 elections.
”I used the Hausa idiom ‘Kare jini, Biri jini’, which is a metaphor for a very tough fight. But, like the Islamic fundamentalist toga they falsely put on me because they cannot impinge on my personal and professional integrity, PDP apologists deliberately twisted this idiom to mean I called for violence.
”I am not a violent person and, other than my professional calling as a soldier, I have never associated with violence, I abhor violence and have never advocated it. I have always been a law abiding person who insists on due process and the rule of law in all my private and public affairs.
”It is therefore a grave infraction to my person, personality and integrity that such a false and malicious accusation is being leveled against me by the PDP. This is dangerous politics by the ruling party and it must stop forthwith,” Gen. Buhari said.

Amaechi’s Legal, Political Battles And Enrichment Of Our Judiciary By Eze Chukwuemeka Eze,