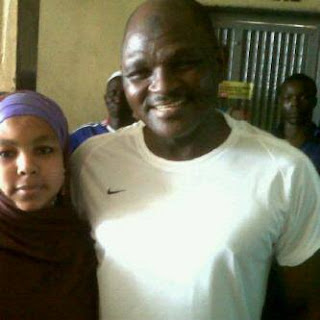 The Nigerian Army has confirmed claims made by Major Hamza al-Mustpha that he is still personnel of the Nigerian Army.
At a briefing by the joint security information committee, the Director of Army Public relations who was represented by his Chief of Staff, Colonel Joe Agim, said that Major Al-Mustapha, the Chief Security Officer to late General Sani Abacha, is still enlisted in the Nigerian Army.
Subscribe to our newsletter
He goes on to add that his case will be handled administratively by the Army in line with the harmonized terms of service.
Major Hamza al-Mustapha and Lateef Shofolahan were on Friday discharged and acquitted in the case of the assassination of Alhaja Kudirat Abiola, which last 14 years.

The former CSO admitted to journalists that he was still in Army on Sunday during his reception by the Kano state government, a status he claimed the Appeal Court Judges also confirmed in their ruling.
The director for Defence Intelligence, Brigadier-General Chris Olukolade dismissed claims of renewed threats made by Abubakar Shekau, leader of Boko Haram.
Source: Channels TV

Now That Patience Jonathan Is ‘Jesus Christ’ By Wale Odunsi